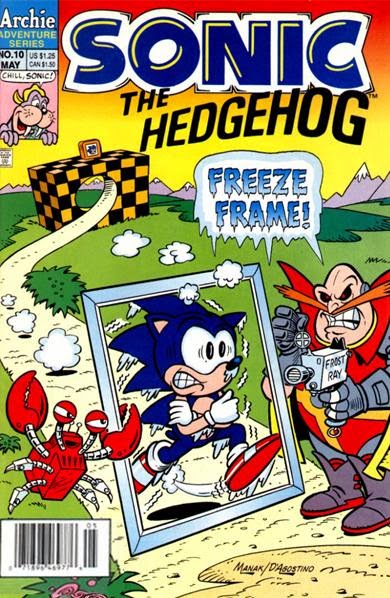 While “juicing” through the sewer tunnels beneath Robotropolis, Sonic the Hedgehog (“the world’s most way past cool hedgehog”, in case you didn’t know) laments that he’s lost his way. 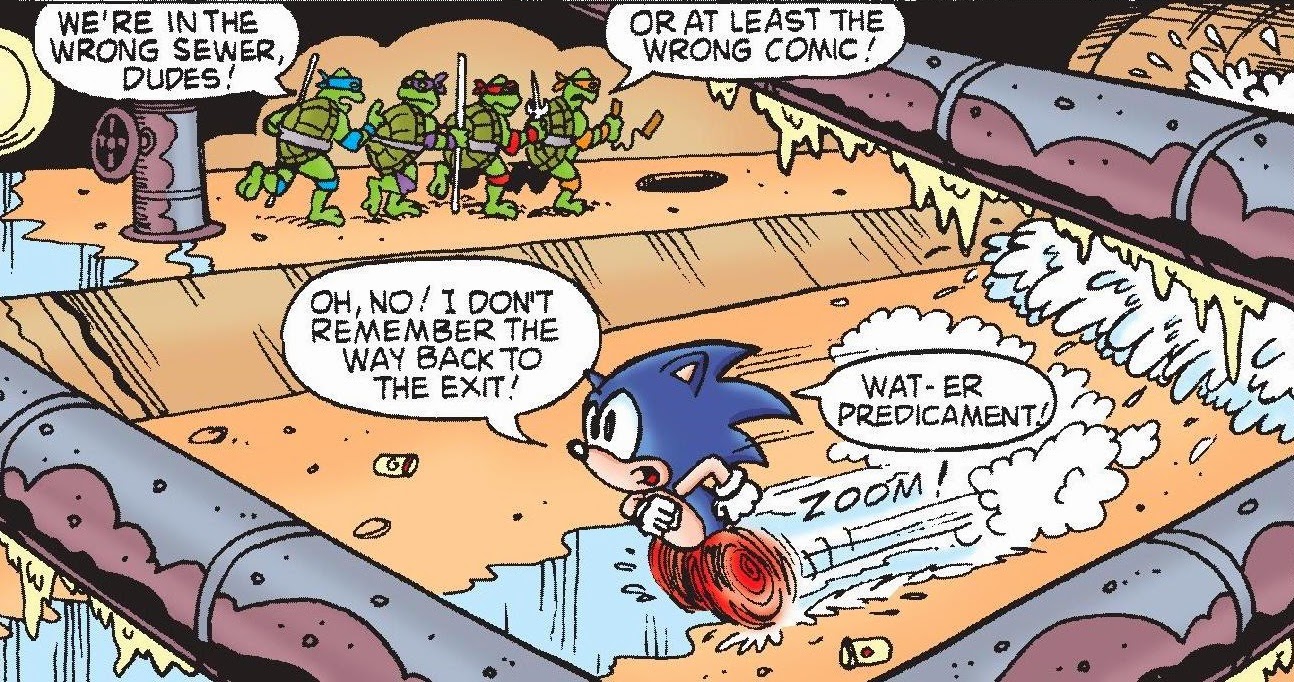 Behind him, going completely unnoticed, are the Teenage Mutant Ninja Turtles, who are also lost in the sewers. Michelangelo remarks that they’re more lost than they think, as they appear to be in the wrong comic book altogether!

*This issue was reprinted by Archie in Sonic the Hedgehog Archives Vol. 3.

All you furries can just calm down already, this was a one-panel gag cameo, not some epic crossover between the two anthropomorphic animal franchises.

Under normal circumstances, I’d probably ignore pop culture jokes such as this, as the Turtles also made similar cameos in episodes of “Tiny Toon Adventures” and “Animaniacs” and I’m not about to list every comic or cartoon that’s ever referenced or poked fun at the brand.

However, their cameo in Sonic the Hedgehog #10 earns a scrap of extra credibility since Archie Comics had a TMNT comic being published at the same time, so it’s at least a “legal crossover”.

And furthermore, I’m really only listing this thing here for completion’s sake and because I don’t feel like writing a full length article right now.