The Triceratons, regular recurring villains in the TMNT universe, actually predate the Teenage Mutant Ninja Turtles as a concept, with artwork of the guys dating back as early as 1983 (and who knows how much earlier Laird had them in his head).

According to Peter Laird, this piece of a Triceraton Archaeologist was possibly done for a Fandom Directory art contest in 1983 (though even he isn't certain on that): 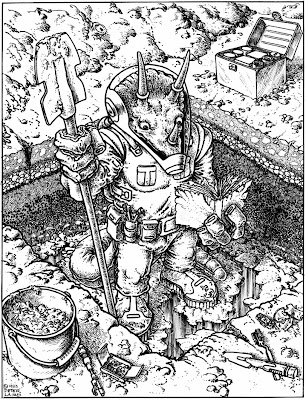 This piece, also done in 1983, was eventually published as part of a pin-up gallery in Gobbledygook (Vol. 2) #1: 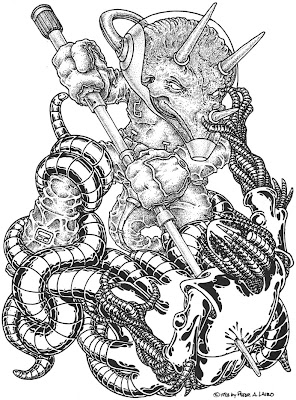 And for reference's sake, here's the first appearance of a Triceraton in an Eastman/Laird comic book, Fugitoid (microseries) #1, which was actually drawn in 1983 before the creation of the Ninja Turtles: 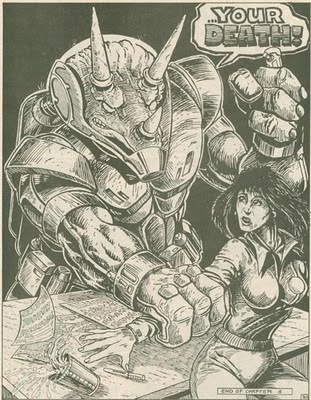