Today we totally take a tour of Tokka!

Tokka began life as a piece of action figure concept art submitted to Playmates by Steve Murphy and Steve Bissette: 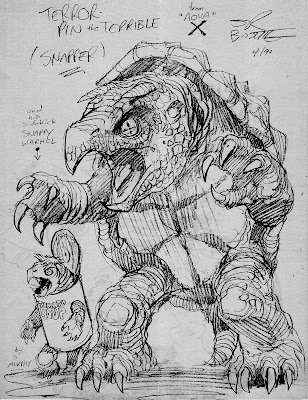 "Terrorpin the Terrible with his sidekick, Snappy Warhol!" While the idea was initially rejected, Terrorpin was reworked into Tokka for the 1991 film, "TMNT II: Secret of the Ooze" while Snappy Warhol did not survive the process. On the bright side, he was replaced by Rahzar: 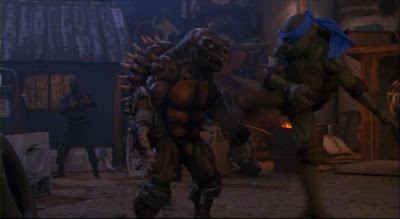 Though Terrorpin never got that toy from Playmates, Tokka sure did! And he was definately one of their better sculpts: 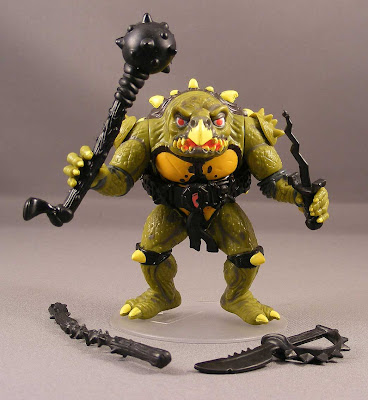 Both Archie Comics and Tundra would simultaneously release a comic book adaptation of the movie, giving us all a chance to see how Jim Lawson would draw Tokka: 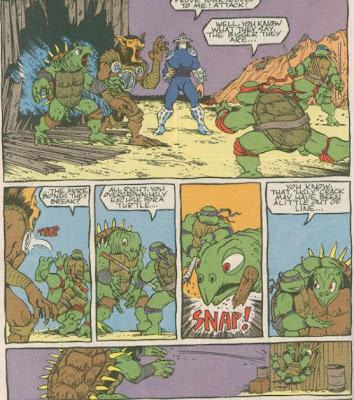 Yikes. Let's give him a second chance, guys: 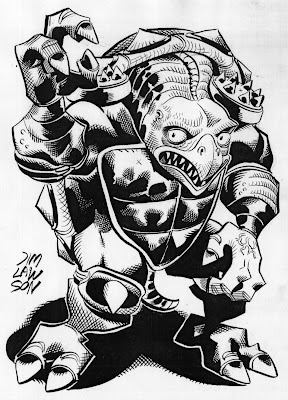 A mutant snapping turtle would appear in the Mirage comics only nine months after the release of "TMNT II", in Turtle Soup (Vol. 2) #2. In a story called "Raphael: Snapper" by Anderson, McCollum and Laird, a snapping turtle bites Raphael, causing him to have a hallucination of a giant killer snapping turtle mutant accusing him of abandoning his reptile heritage in exchange for a human lifestyle: 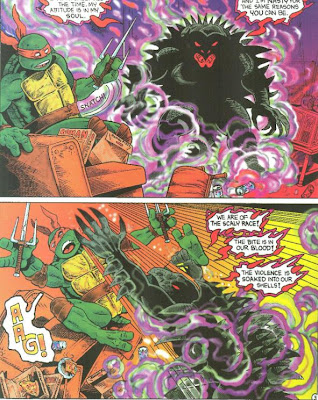 In 1993, Tokka would make a one-shot appearance in the Fred Wolf animated series, in the episode "Dirk Savage, Mutant Hunter": 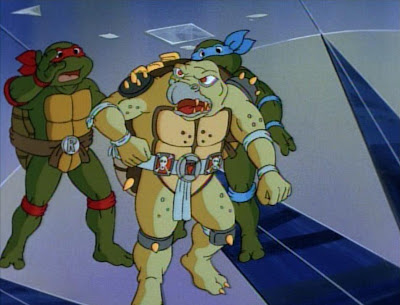 And then Tokka would promptly cease to exist until he was revived for a cameo appearance in the 2009 TV movie "Turtles Forever", making his way into the 4Kids animated series: 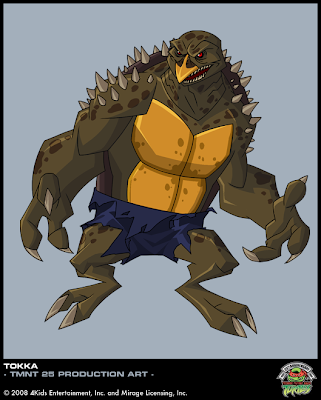 And thus ends our tour of Tokka. Exit on your left. Have a nice day.
Posted by TMNT Entity at 12:19 PM