For this installment of Awesome Turtle Pictures, I thought I'd go spelunking into my bottomless Jim Lawson folder and emerge with a handful of some of my favorites.  For the record, most of these aren't from any comics or other publications, but are commissions Lawson has done over the years and posted on his old blog.  As such, perhaps you might not have seen them before. 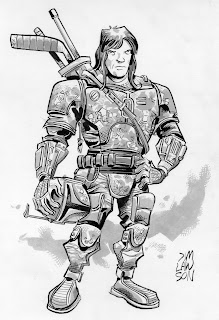 Here's one of Michelangelo and Leatherhead. 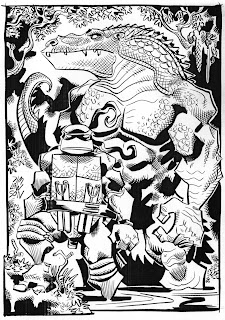 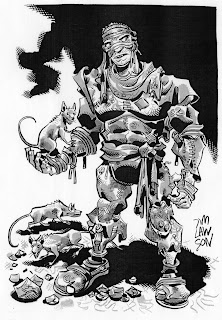 If you ask me, there just isn't enough Klunk art out there... 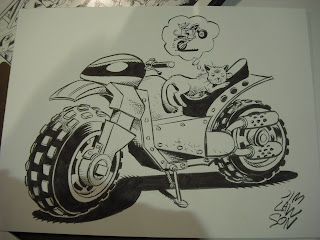 And we end on Venus de Milo.  Because Jim Lawson laughs at your tears. 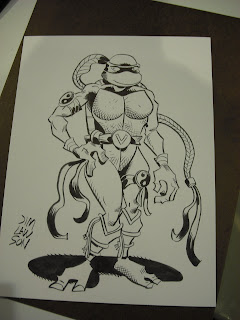