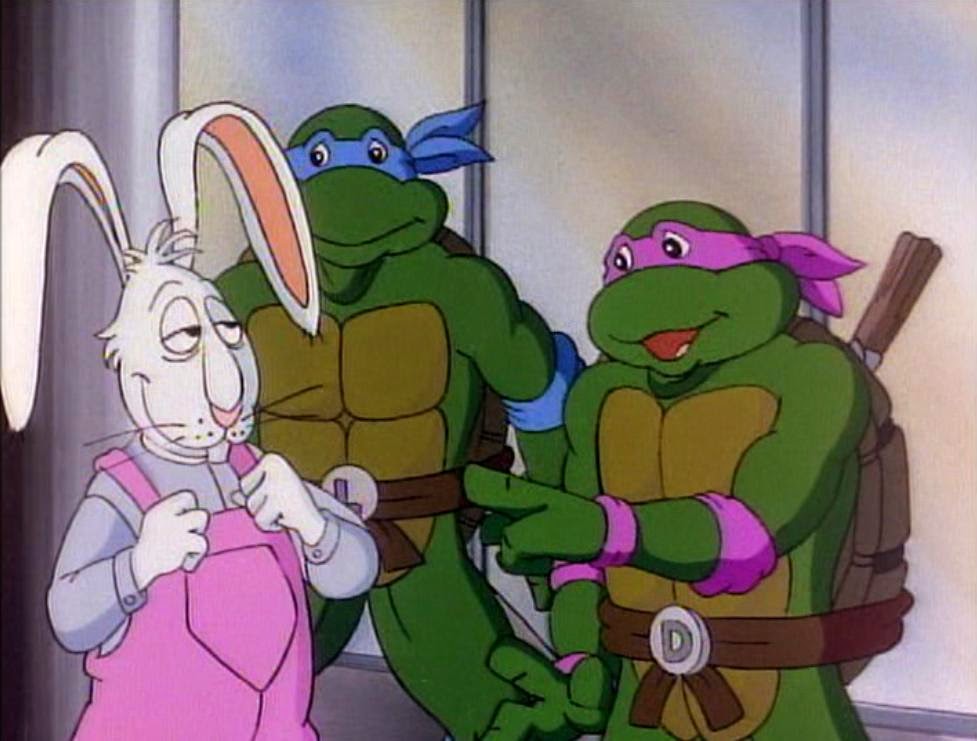 I'm a little late to tie this one in with Easter, but really, the "TMNT's Awesome Easter" two-parter was a greater affront to the memory of Jesus than my forgetting entirely about the holiday could ever be.

As we open season five, we have to deal with that obnoxious fucker Hokum Hare, but after that's over and done with we have some great episodes featuring Lt. Kazuo Saki (the brother of Shredder), Mutagen Man and Mondo Gecko.  Also, the Badd Family, because this show can't keep up a winning streak for very long.

Because "Donatello's Badd Time" was the series finale in Japan (I'm so sorry, Japan), that seemed like a good enough point to segue into the two-part anime OVA series.  So I'll be doing those next.