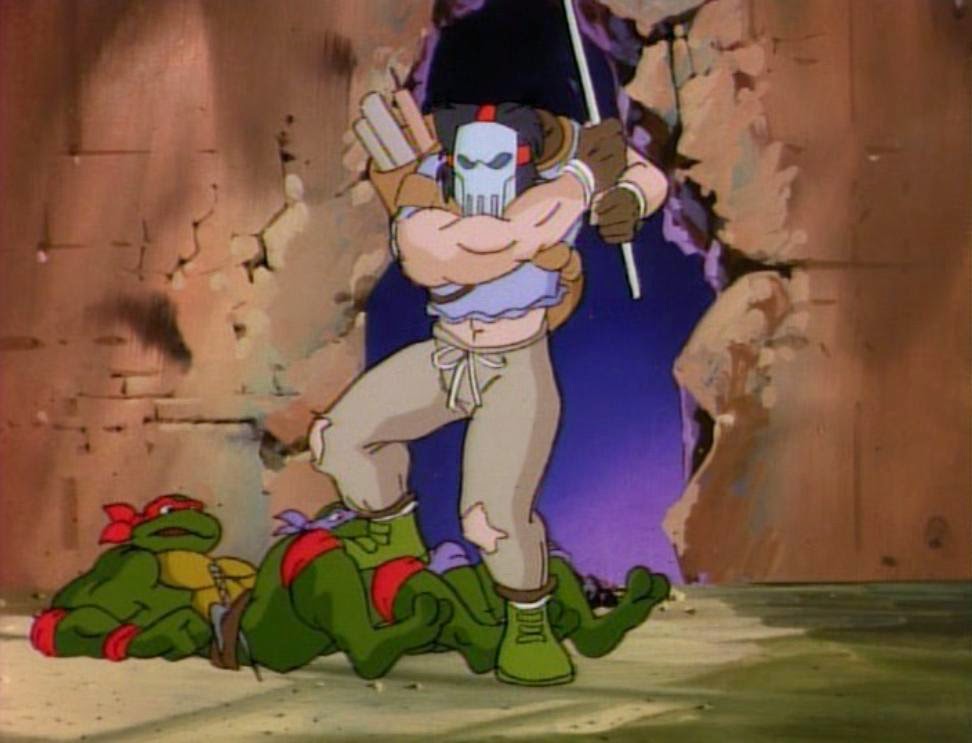 Alright, so I've gotten around to another batch of episode from season 5 of the Teenage Mutant Ninja Turtles cartoon produced by Fred Wolf.  These aren't great episodes.

Well, the Casey Jones episode is pretty great.  The rest range from average to incompetent, but that's just par for the course as far as this show is concerned.  I AM looking forward to the next review, though, as then I'll finally be getting to "Planet of the Turtleoids".

But before I can get to that, I've gotta get through this.