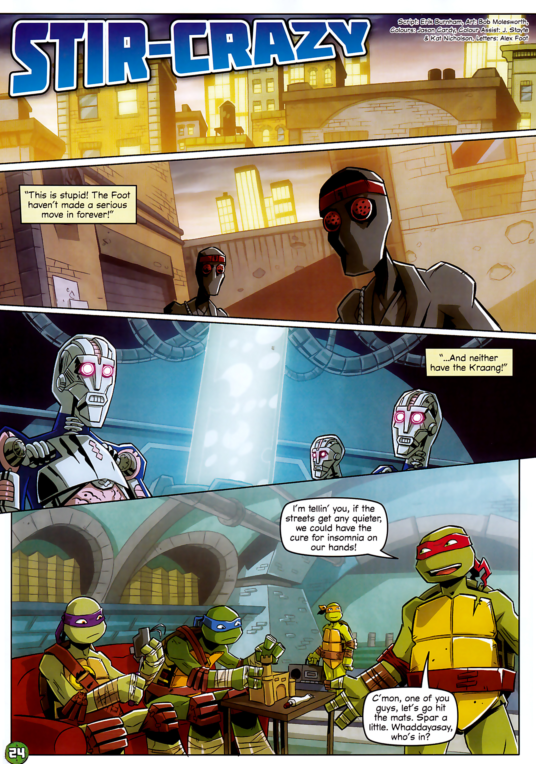 The Foot and the Kraang have been lying low for the past few weeks and Raphael is going stir crazy in the absence of action.  The other Turtles are sick to death of sparring with him every day and have preoccupied themselves with their hobbies (Donnie’s experiments, Leo’s model kits, Mikey’s dancing).  Master Splinter suggests that Raph also find a hobby and the Turtles see if they can’t fix him up with something. 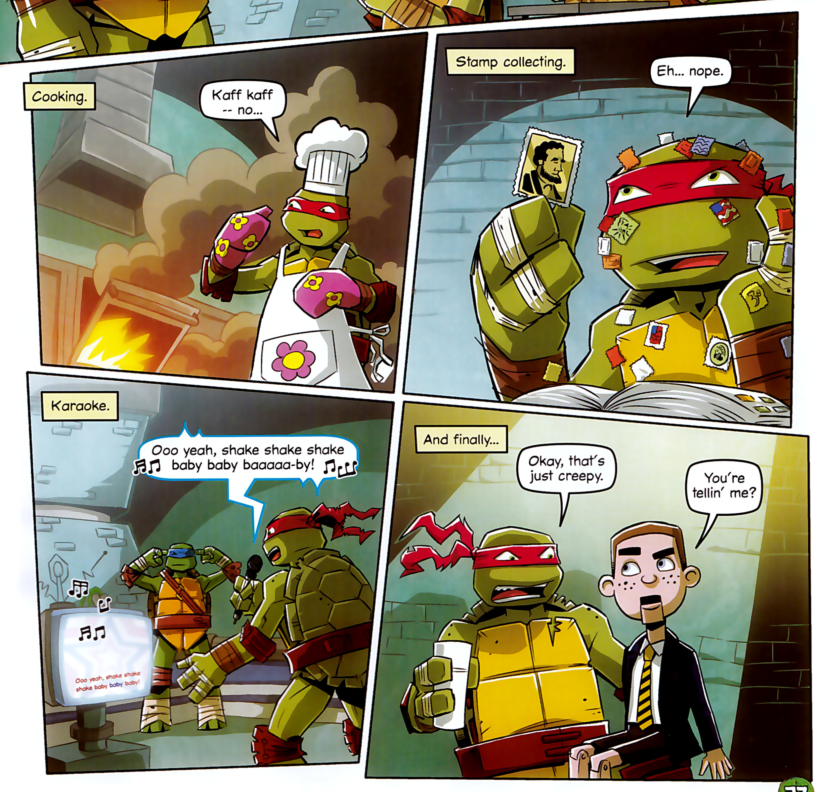 Cooking fails, stamp collecting fails, karaoke fails and ventriloquism just creeps everybody out. Raph is about to give up when Splinter gives him a new hobby, one that will improve his hand-eye coordination and dexterity.  Raph is reluctant until Splinter slyly implies that the hobby is beyond his skill, so of course Raph rises to the challenge.

The next day, while the other Turtles are playing video games, they inquire what Raph has been up to since he began his hobby hunt.  Splinter predicts he’s up to two scarves, three pairs of socks and a winter hat.  And he’s right; Raph has gotten the hang of knitting in record time.

*This story is continued from “Blind Luck”.  The story continues in TMNT Magazine (Panini) #25.

Not, uh, not much to remark on with this one.  Though knitting does seem like a hobby that WOULD improve the fancy finger-work necessary to be skillful with the sai.  So there’s that.