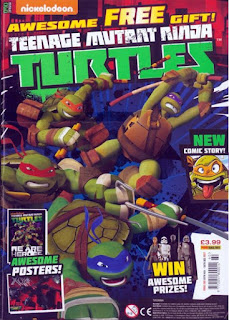 Evidently, despite the cover saying "New story", this issue only contained a reprint.  I do not know which earlier story is reprinted, I'm going by the word of this fan on tumblr who was reading the series while it was being released and providing scans (they mistakenly refer to it as #90 but in the context, they meant #60).

If somebody with a tumblr account wants to ask them what story was reprinted and clue me in, I'd be grateful.