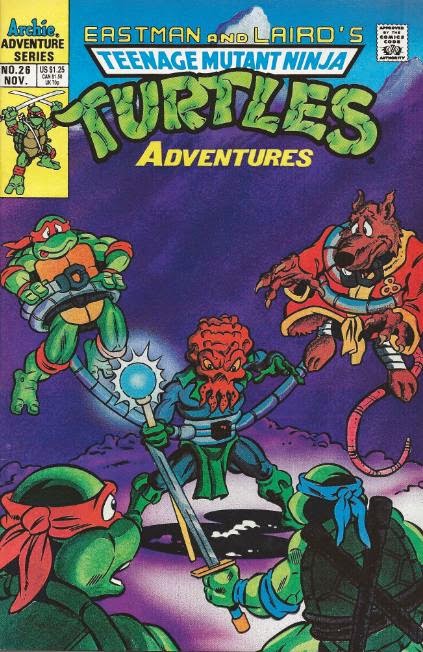 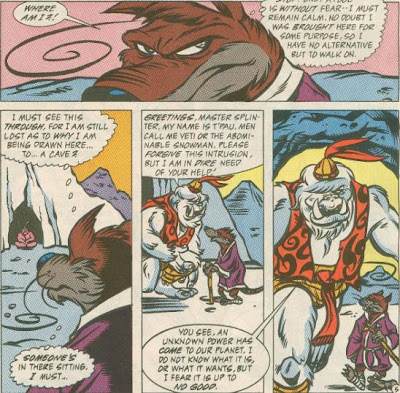 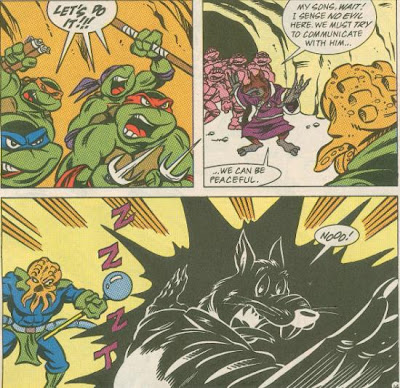 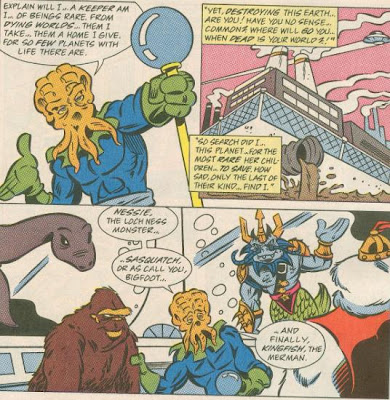 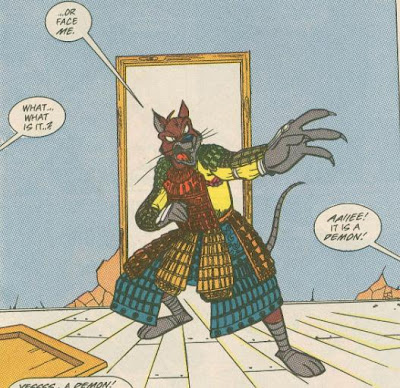 Posted by Mark Pellegrini at 1:53 PM

Welcome back to the TMNT beat, Dr. Spengs!

Not only does Merdude (and the mermaids he talked about) prove that Boss Salvage was wrong about the mer-man in this issue being the last of his kind, but we see a whole tribe of Sasquatch in Special #1. At least they never did a TMNTA story about a family of Loch Ness monsters...

Dude, c’mon. One ninja against Splinter and April is supposed to be a cliffhanger?

Inverse law of ninjas, man. If there's a single ninja, he's going to be one powerful, highly skilled ninja that will be a bitch to defeat. Horde of ninjas? You can just slice through a dozen at a time.