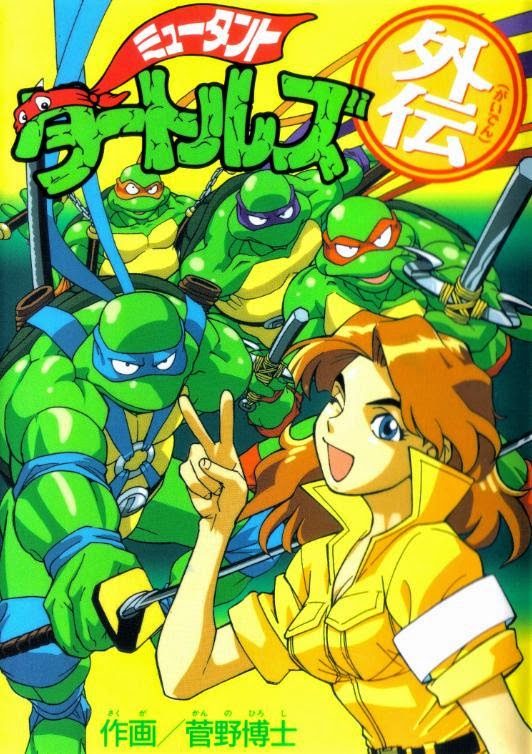 There have been a number of TMNT comics published in Japan which have never been released in the West. The majority of these comics are dull adaptations of episodes of the Fred Wolf cartoon, but a few graphic novels-worth of original content were published. The ability to read Japanese happens to be one of my many talents (disclaimer: It is my only talent), so I decided to make these comics available in English for the very first time.

Credit where credit is due: All raw scans are provided by Adam Winters, owner of perhaps the largest TMNT manga collection in the Western hemisphere. All clean-up and text editing is provided by the talented folks at the Optical Internet Translation Gang, who excel at making hard to find international comics available to English readers.

All of my translations are available in convenient .cbr files via the OITG website. Many of these comics are very hard to find, but we will make them available to you as soon as we can scan em, translate em and text edit em!