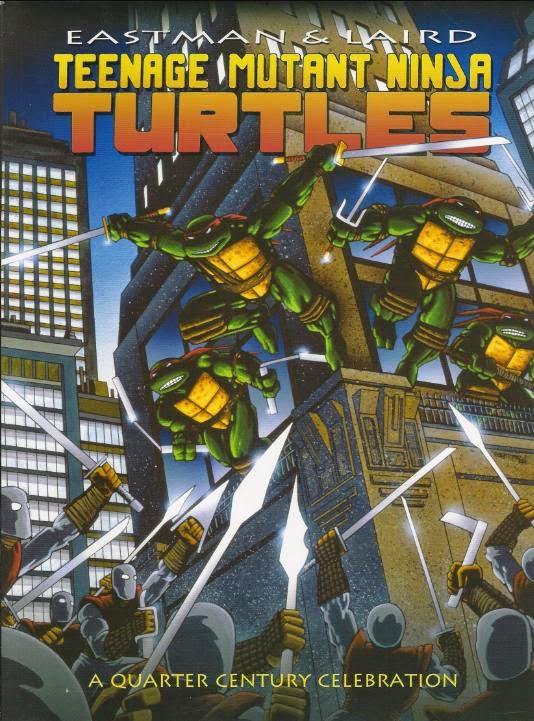 *In August, 2011, TMNT 25th was re-released by Heavy Metal with four variant covers (by artists Glenn Fabry, Simon Bisley, Mark Bode, Richard Corben) and an additional 8-page bonus gallery. Only 500 copies of this printing were produced with 150 being sold exclusively at the San Diego Comic Con.

*In December of 2013, TMNT 25th was re-re-released in a hardcover format by IDW Publishing.  Aside from the hardback, it is exactly the same as the 2011 edition.

After selling his share of the TMNT intellectual property to Peter Laird, Kevin Eastman retained the rights to reprint any TMNT comics which he originally had a hand in creating. So in 2009, to celebrate the 25th Anniversary of the TMNT, Eastman published this collection through his Heavy Metal imprint.