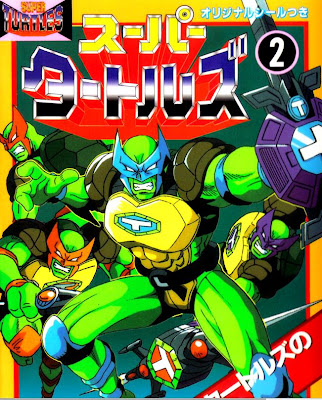 Volume 2 of the vintage 90s Super Turtles manga series, which I spent this month translating, has been fully cleaned-up and text edited by Cryomancer of the Optical Internet Translation Gang!

You can download the entire 100 page story in a convenient .cbr HERE!

Cryomancer did a great job with this one, "Adventure of the Micro Turtles", which sees the Turtles shrinking to microscopic size so that they can battle a virus from Dimension X that is turning Master Splinter into stone. Of course, the Shredder, Bebop and Rocksteady shrink themselves, too, just to complicate matters.

Unsettling butt-touching and creepy April fanservice dot the goofy story that was certainly... "fun" for me to translate. 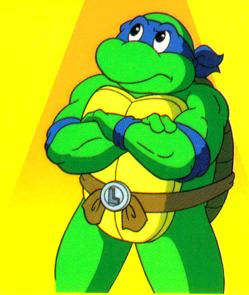 Oh Japan. I will never understand you.

Anyhow, like all the previous TMNT manga I've translated, none of this material has ever been released in the US before, so this is a first for English-speakers everywhere. I'm going to take some time to write more reviews for now, but hopefully before the end of the year I'll have translated a special story originally published in Japan's Comic Bom Bom magazine, in which the Shredder menaces the Turtles with a robot shark dressed like Indiana Jones.

And for links to .cbr downloads of all my previous Teenage Mutant Ninja Turtles manga translations, check out TMNT Entity's Manga section!

Special thanks once again goes out to Adam Winters for scanning his copy of the manga so that I could translate it and Cryomancer could text edit it!
Posted by TMNT Entity at 8:50 PM