After previously discussing how difficult it was for characters from the Mirage TMNT comic to get action figures in the Playmates toyline, I thought I'd spend this Awesome Turtle Pictures looking back at one of the more obscure characters to actually GET a toy: Chote.  Or as Playmates called him, "Shogun Shoate".

Chote originally appeared in TMNT (Vol. 1) #46 and #47, published in May of 1992, as an honorable but villainous hench-mutant under the command of recurring antagonist Savanti Romero (who didn't get an action figure until the 2003 toyline).  He was created by Mirage staffer Michael Dooney. 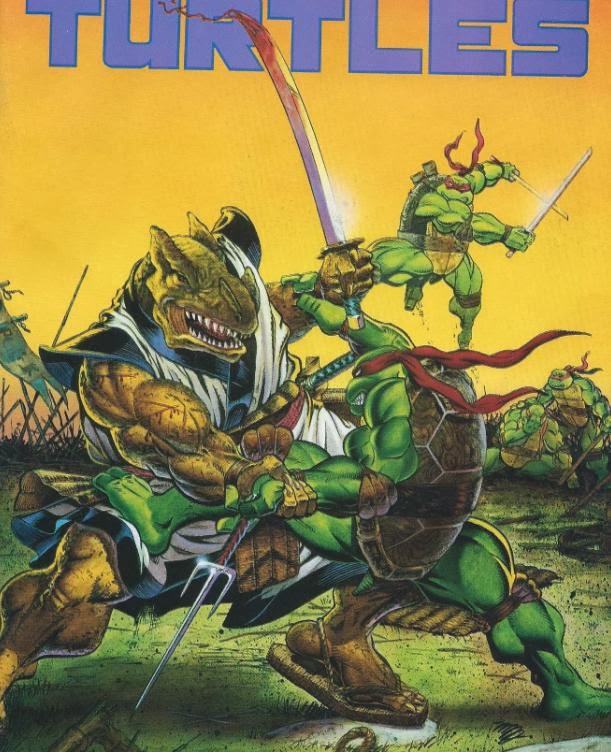 By the end of the "Masks" story arc, Savanti Romero was once again defeated and Chote was banished to the future by supporting character Renet.  Upon arriving in the future, he wound up sharing panel-space with a familiar face: 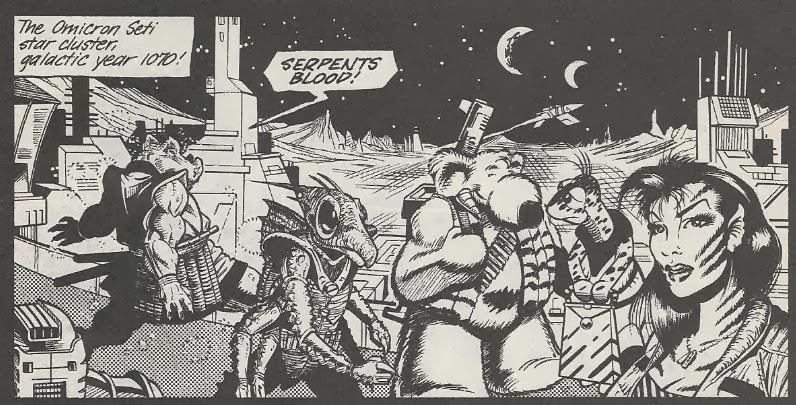 That koala-looking guy is Fluffy Brockleton from Dooney's "Gizmo" series.  The opening editorial from Eastman and Laird in TMNT #47 even assures readers that Dooney had plans to continue using Chote, with that ending implying he'd be showing up in some "Gizmo" comics.  Alas, Dooney never acted on those plans and Chote was never seen nor heard from again.

Well, Chote was never heard from again because he changed his name to Shoate for some reason.

In 1994, Chote beat the odds and actually received an action figure from Playmates, albeit under the name Shogun Shoate (I'm guessing the alliteration just rolled off the tongue better in the marketing boardroom).  In all honesty, it was a pretty dead-on recreation of Chote's comic book likeness and the origins of the character fit right in with the "Shogun" subline the series was going through that year (he was certainly a better fit than Shogun Triceraton). 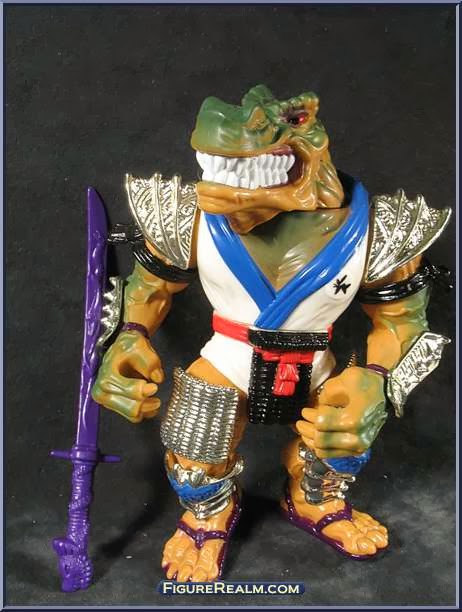 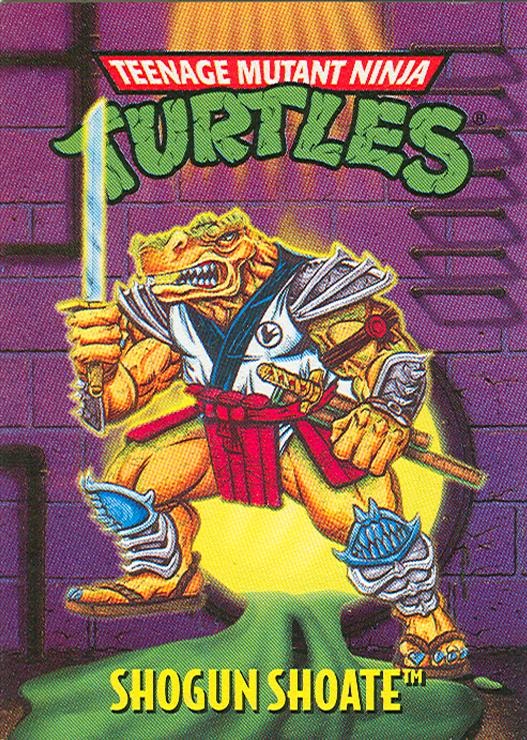 The bio on the back of his card changes up his back story a bit.  He's still a villain to the Ninja Turtles, but now he's apparently a subordinate of the Shredder's.  His bio also says that his favorite film is "Teenage Mutant Ninja Turtles III", which was loosely (LOOSELY) based on the "Masks" storyline the character originated from.

Beyond the rather sweet toy and a two-issue arc, Chote/Shoate hasn't gotten much play.  Michael Dooney hasn't forgotten about him, though, and continues to draw the character for fans: 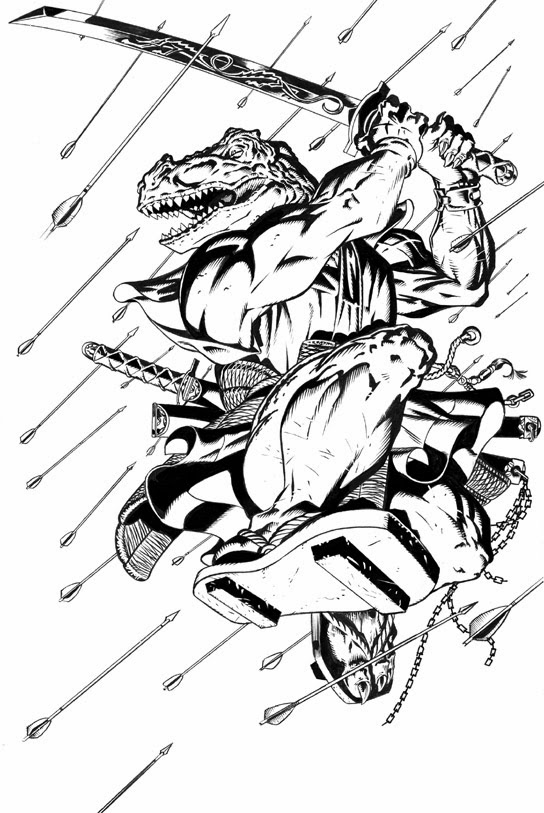 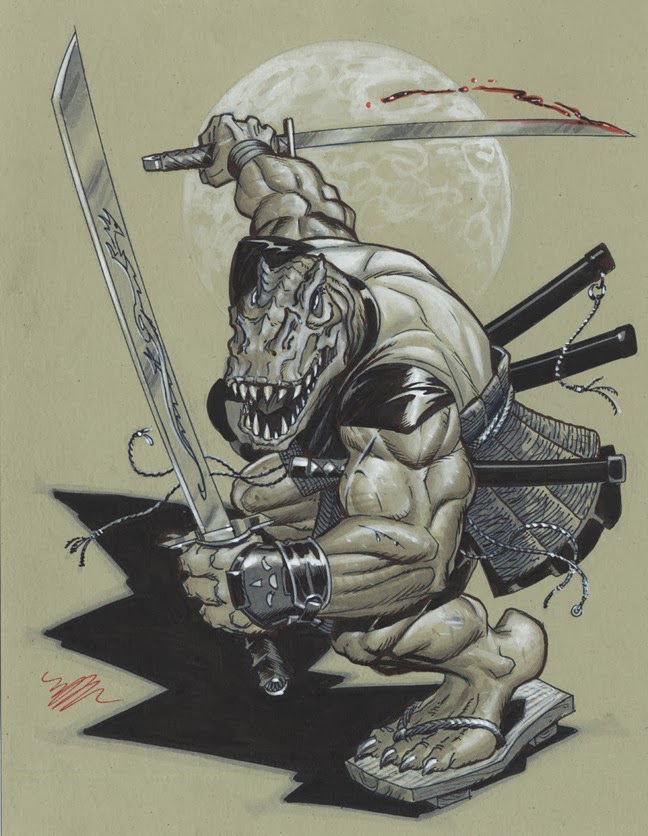 On an apocryphal note, another time-displaced dinosaur-man with sweet shoulder pads was set to appear in the proposed Mighty Mutanimals animated series: Deinotor. 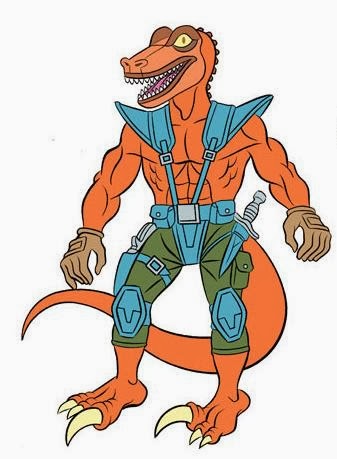 Obviously, that show never happened.  The Mighty Mutanimals cartoon was pitched in 1993, a year after Chote was introduced in the comics, but a year before Shoate got his toy from Playmates, so if Deinotor was an evolution/variation of Chote as Shoate was, I really don't know.