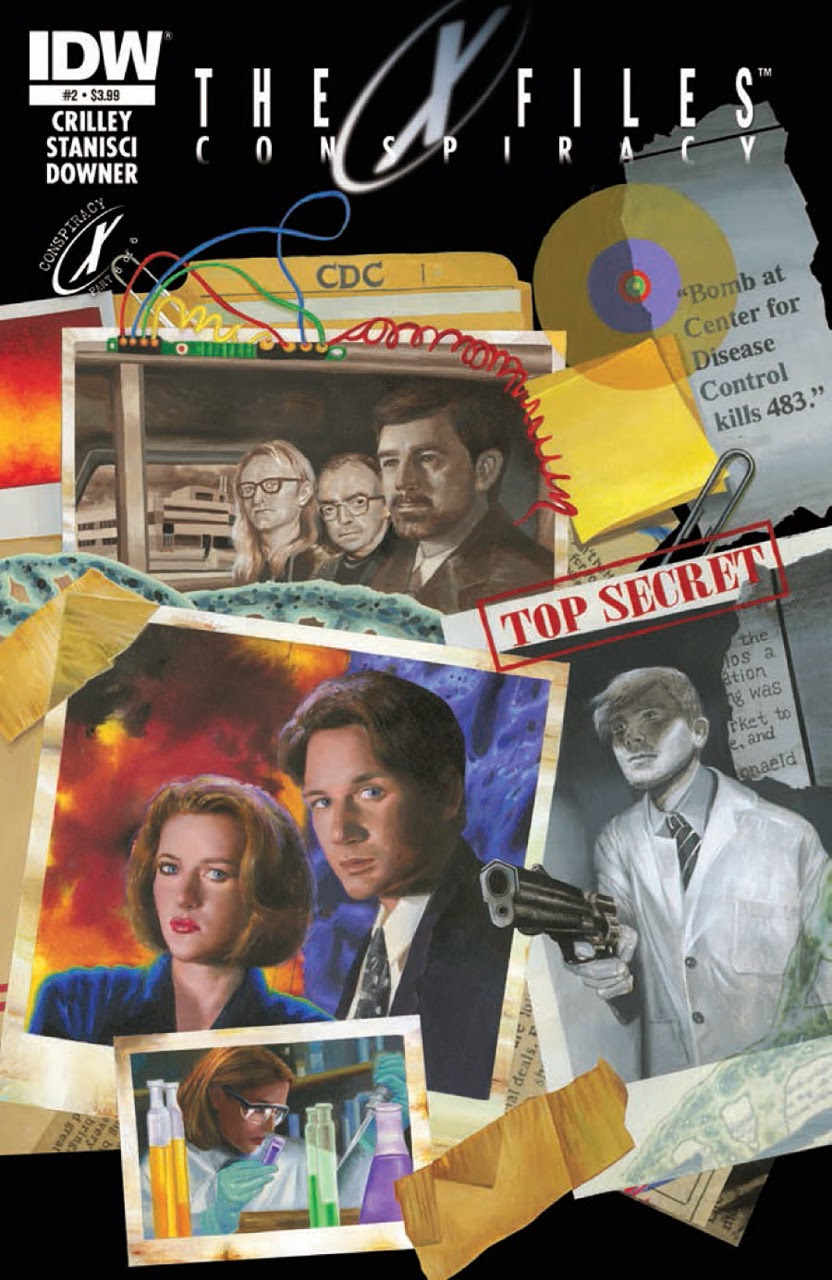 A lot of stuff happens and in the end, the Lone Gunmen discover that the tabloid articles sent to them from the future originated from their future-selves (who lived in a world overrun by the virus).  By curing the virus, they render their timeline redundant due to, I don't know, paradoxes or something?  Frohike's body explodes into spikes and I don't even fucking know.  But long story short, the events of "Conspiracy" are erased from history and everything goes back to normal.

*Aside from a canister containing Leonardo's blood sample, nothing of the Ninja Turtles appears in this comic.  Not even on one of the variant covers.

*As per the ending, the events of Conspiracy are rendered "non-canon" to their respective comic book series.

*This issue was originally published with 3 variant covers: Standard Cover by Miran Kim, Subscription Cover by Andrew Currie and Stephen Downer, and RI Cover by Jow Corroney and Brian Miller of Hi-Fi Studios.

Does this count as a Ninja Turtle appearance? 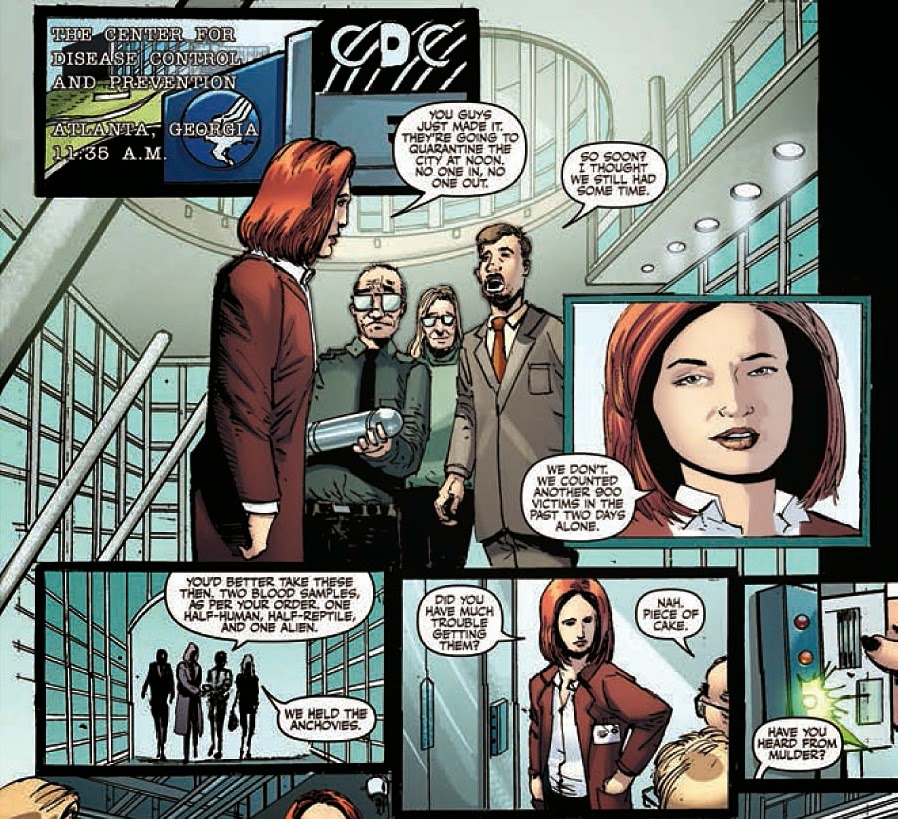 Well, it's Leo's juice in that thing, so I guess so.

"Conspiracy" was a pretty lousy event and the first of IDW's that I've greatly disliked.  You can easily ignore it as it has no impact on the ongoing TMNT series and is never referenced.  Heck, the TMNT chapter of the event has a bunch of continuity errors in it, so it's better left ignored, anyway.

I hope IDW does better next year.  Their annual crossover events have typically been a lot of fun.  But not this one.