The Last of the Viking Heroes Limited Edition 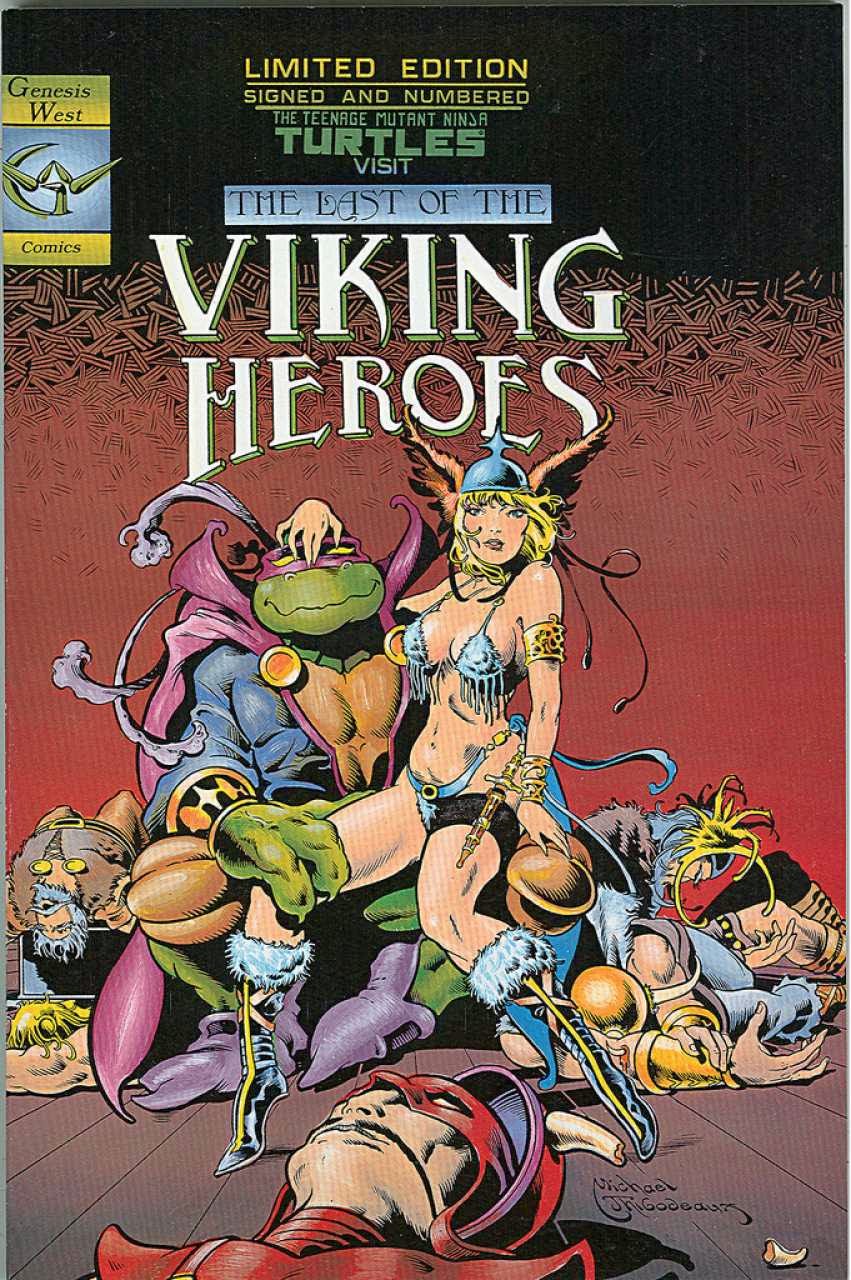 *Only the second and third Summer Special contain any Teenage Mutant Ninja Turtles content (although the first Summer Special has a sweet Frank Frazetta cover).  As such, I won't be reviewing the first issue.

*Not collected is the third published (and second chronological) crossover between the TMNT and the Viking Heroes, "Teenage Mutant Ninja Turtle", published in Turtle Soup (Vol. 2) #4.

*This collected edition, in addition to the new cover, also features a number of TMNT pin-ups and spreads by Mike Thibodeaux exclusive to this release.

*This collection was limited to only 1750 copies, each individually numbered and signed by Thibodeaux.