In retrospect, this probably should've been Awesome Turtle Picture #30, but unfortunately I couldn't see into the future when I did that one.

So IDW's TMNT 30th Anniversary Special is still a few months away, but they've released a look at all 12 variant covers (because at IDW, it's ALWAYS 1994!).  There are some familiar faces in there, such as Kevin Eastman, Peter Laird, Chris Allan, Dario Brizuela and more.  But who takes the cake? 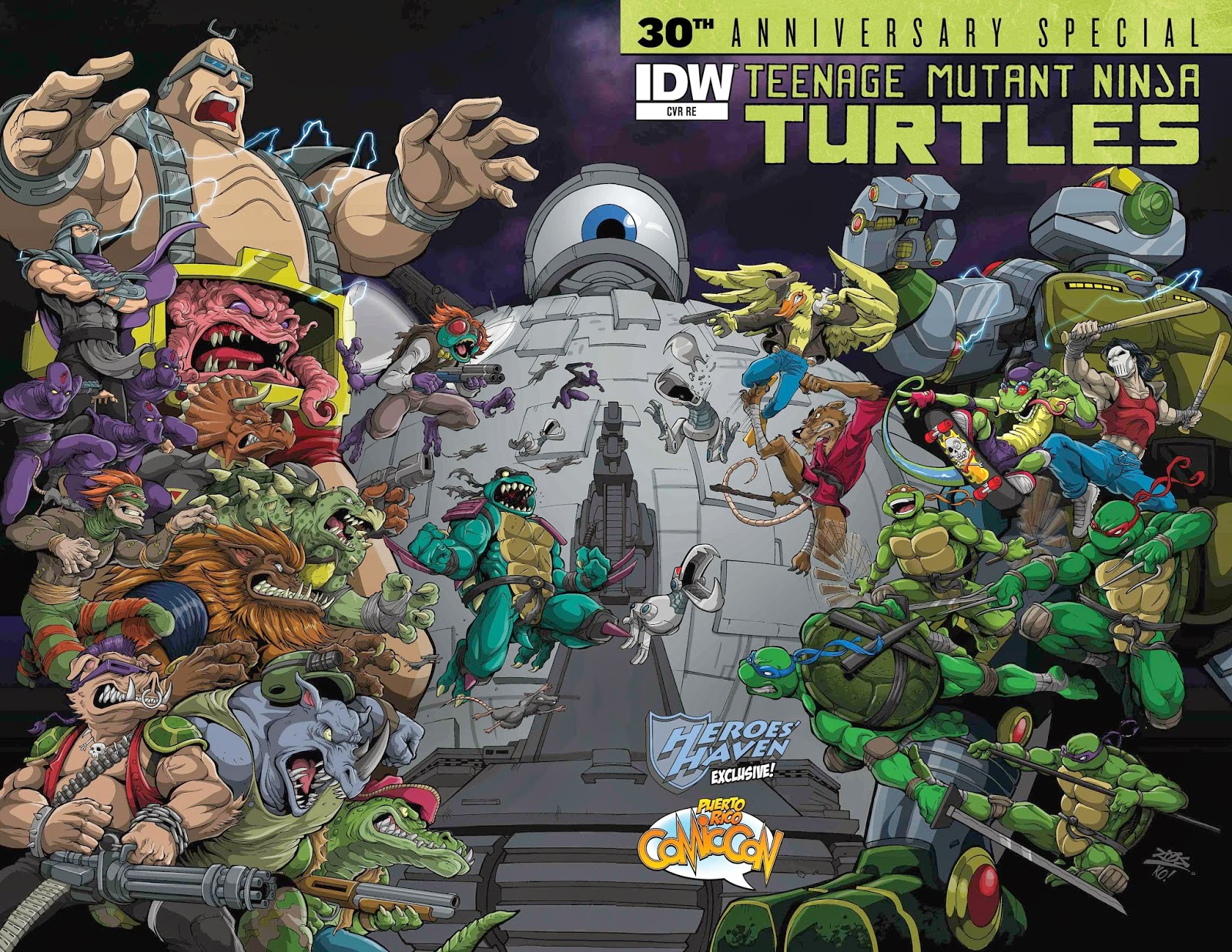 I'm a sucker for Playmates action figure goodness and this right here as about as good as it gets.

Well, that's not 100% true.  It lacks Pizzaface.  Though I think Fernandez and Kordos were limiting themselves to characters who appeared in the Fred Wolf cartoon, but using their Playmates character designs.  So I can excuse the omission of Pizzaface on that account.