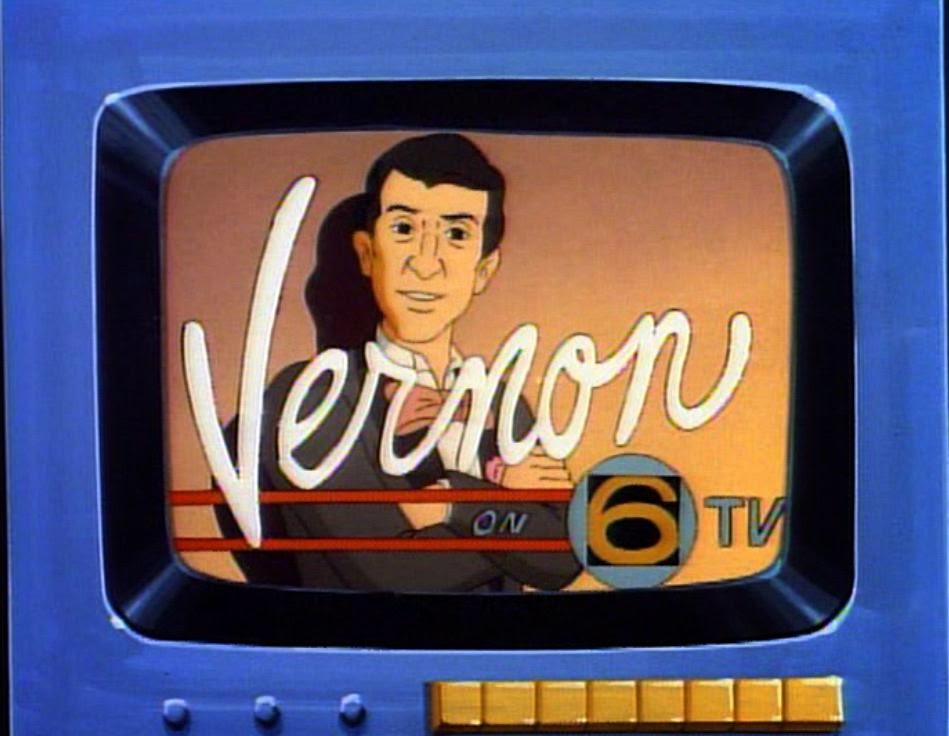 Alright, here's another batch of five episodes from season 4 of the Fred Wolf TMNT cartoon.  I'm one article away from being done with this season (and only about halfway through the series as a whole).

This was actually a surprisingly good collection of stories.  I say "surprising" because the three recurring villains introduced in this selection are all either bland, bland or bland.  Just some of the most forgettable bad guys the Turtles ever faced more than once (in fact, I think they're all two-hit wonders).  But the episodes are either really funny or shockingly well-animated in spite of the lousy antagonists.

We also finally get to "The Dimension X Story", which really should have been aired at the start of the Saturday morning run of the season.  Ah well.  Lava time.