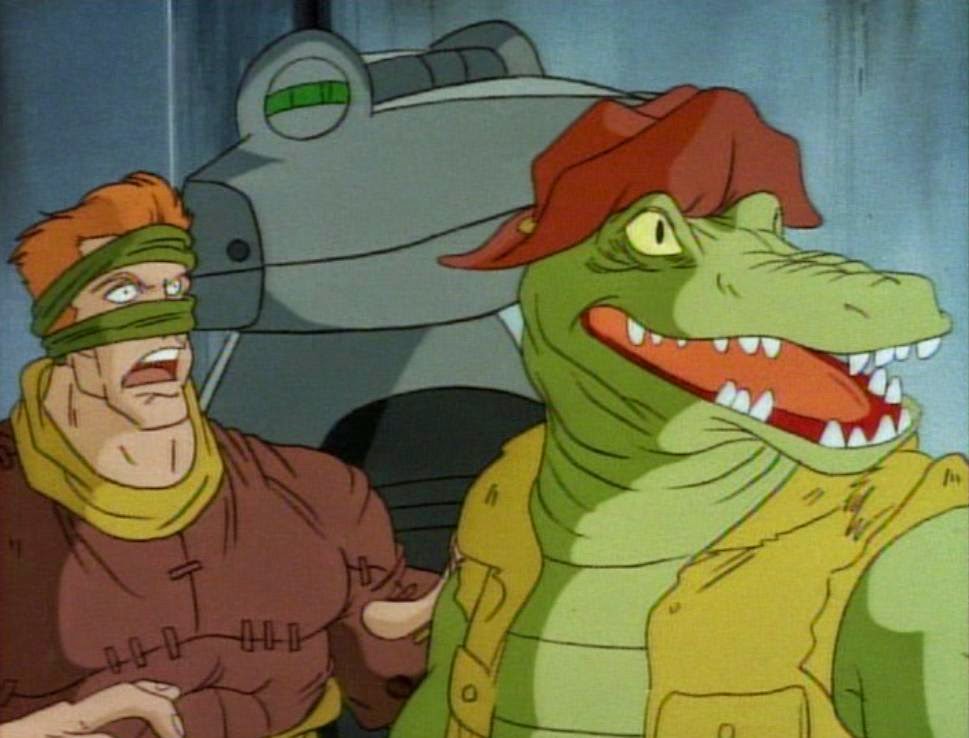 And lo, I have completed season 4 of the Teenage Mutant Ninja Turtles cartoon produced by Fred Wolf.  As it happens, this is the first season of the series to end without a proper season finale.  Bummer.

There are some real gems in this batch of episodes.  I absolutely love "Splinter Vanishes" for its Leatherhead/Rat King team-up and "The Foot Soldiers Are Revolting" remains one of the funniest episodes in the entire series.  "Big Bug Blunder" is a bit in the middle, but is memorable for bringing back Metalhead and Genghis Frog for another go.

The rest of the episodes aren't so hot and some are downright incomprehensible ("Beyond the Donatello Nebula" is a jigsaw puzzle of an episode thanks to errors at every step of production).  A shame they didn't air "The Foot Soldiers Are Revolting" as the season finale; it might have actually worked in that regard.  Instead, we get "Unidentified Flying Leonardo", where an ambiguously gay cowboy tries to solve world hunger and the Turtles kick the shit out of him because that would destroy capitalism.