If you're wondering why there weren't any updates this weekend, or why it took 4 days for your comments to get approved, it's because I was attending Heroes Con in Charlotte, NC!  I was working the We Love Fine booth on Saturday and Sunday (with Friday off to see the show).  It was a great event and, in regards to this site, I got to meet a couple Mirage TMNT icons!

First up was Michael Dooney:

Dude was great and full of energy (I got to him first thing in the morning, since I had an Exhibitor's Badge).  Had a short talk about my favorite piece of his, which I also got signed: 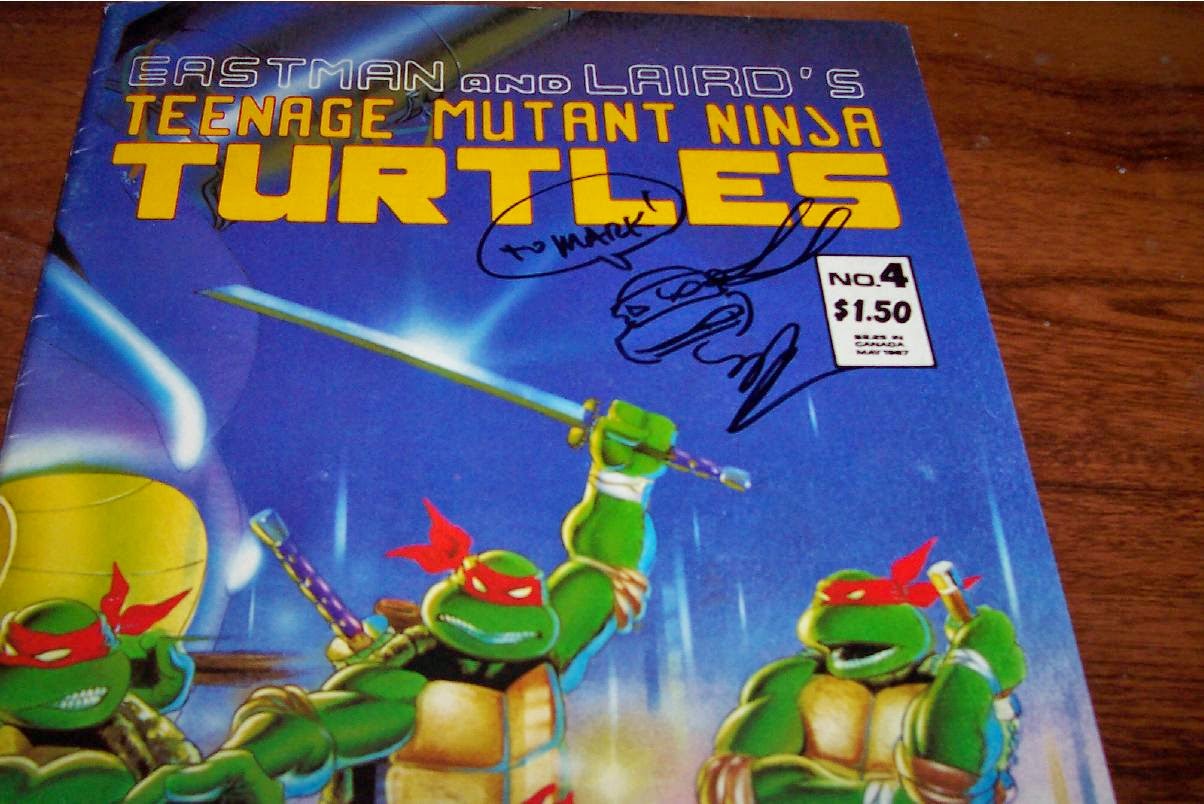 I've gone on about it before, but that cover of his to the second printing of TMNT #4 (more popularly recognized as the NES game box art) is my all-time favorite Turtle piece.  Now it's even better!

Next up, Eric Talbot:

He actually wasn't on the list of guests, so I didn't know he would be there.  It was a pleasant surprise to get to meet another of my favorite Turtle artists.  If I HAD known, though, I'd have brought my copy of TMNT #17 for him to sign.  As luck would have it, I did have on hand my copy of TMNT #14 (which he inked): 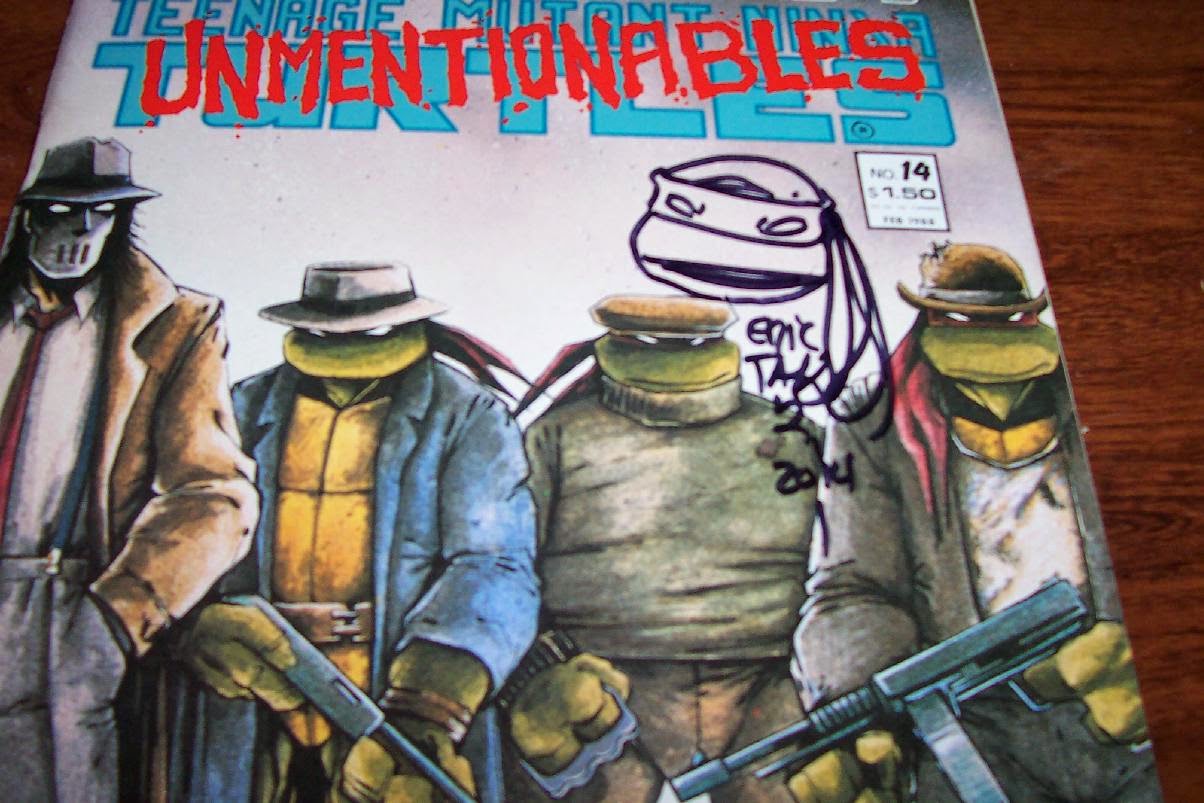 Kevin Eastman was also at the show, which is why I had #14 with me, but my work schedule for the weekend just didn't align with his availability (I had Friday off to do the con, but he was only there Saturday and Sunday).  Maybe another time.

On a non-TMNT related note, I also got to meet another great in the world of comics.

I'm sure you've heard stories about what a great guy he is, but I assure you that they don't do his demeanor justice.  Dude was a blast to chat with and he had a lot of fun scribbling in my copy of The Life and Times of Scrooge McDuck: 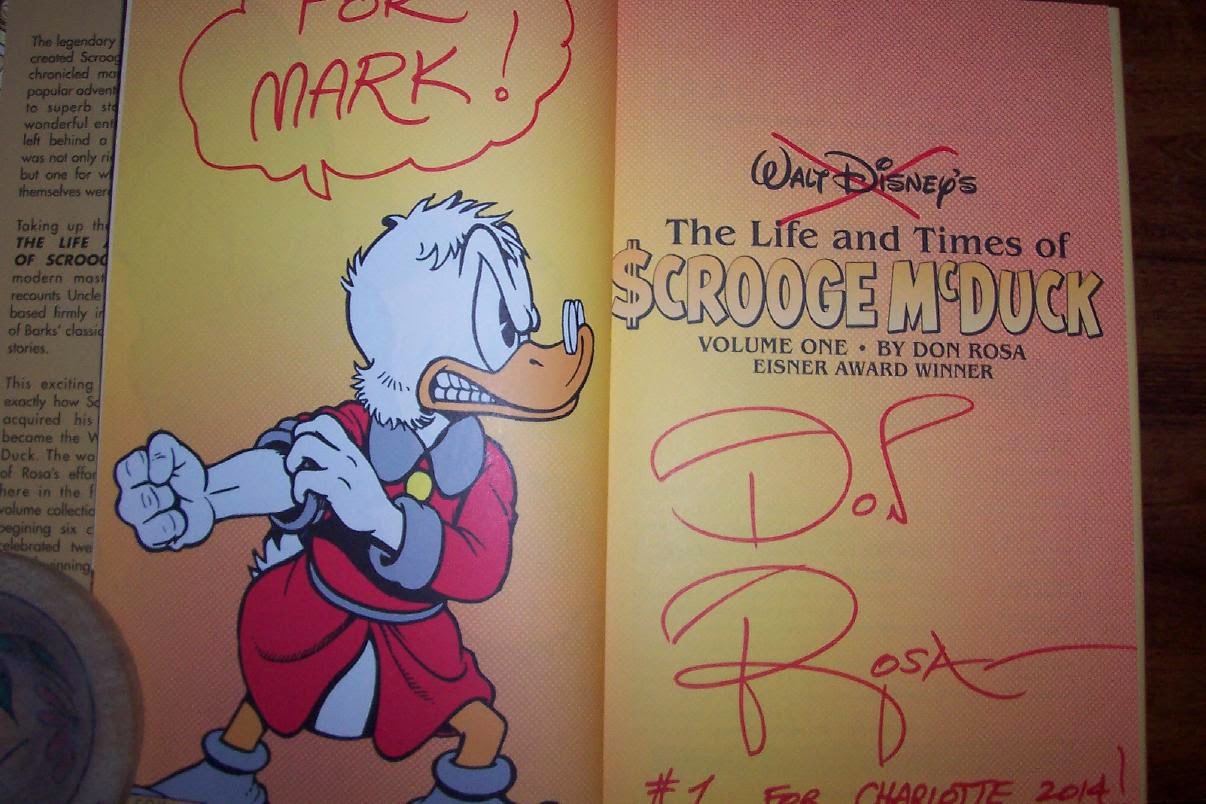 Incidentally, I was the first person at the Con to hit him up and he was happy to note that with a "#1 in Charlotte".

It was a great show and I know a lot of Turtle fans were there beside me (there MUST have been, considering Eastman had the longest line in the place!).  I hope everyone who attended had as much fun as I did and, if you've never been, it's a Con I'd highly recommend.  It's a comic book convention that's actually ABOUT comic books.  I thought they'd gone extinct ages ago.