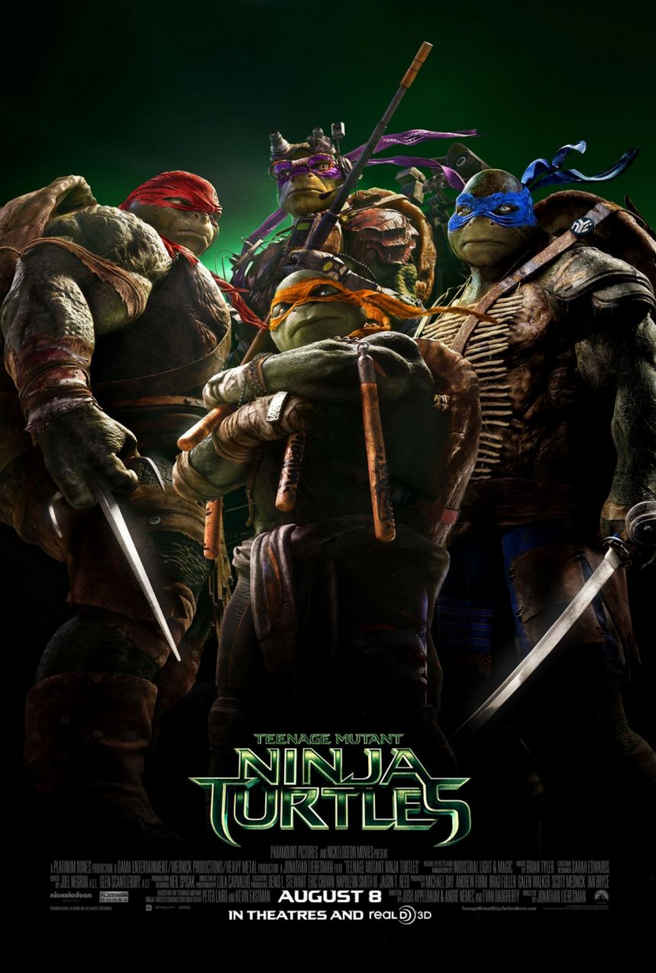 Here's my full review of the 2014 Teenage Mutant Ninja Turtles film at Adventures in Poor Taste.

When my review hit 3 Word pages, I decided it was time to call it quits, but I still don't feel I covered even close to all the problems with this film.  And holy cow, there are a lot of them.  It's the most bewilderingly bad piece of scriptwriting since Revenge of the Fallen.

And like the Transformers movies, no amount of bad reviewing is going to keep this thing from being a box office success (the sequel has already been greenlit).  So I'm just gonna preach to the choir.