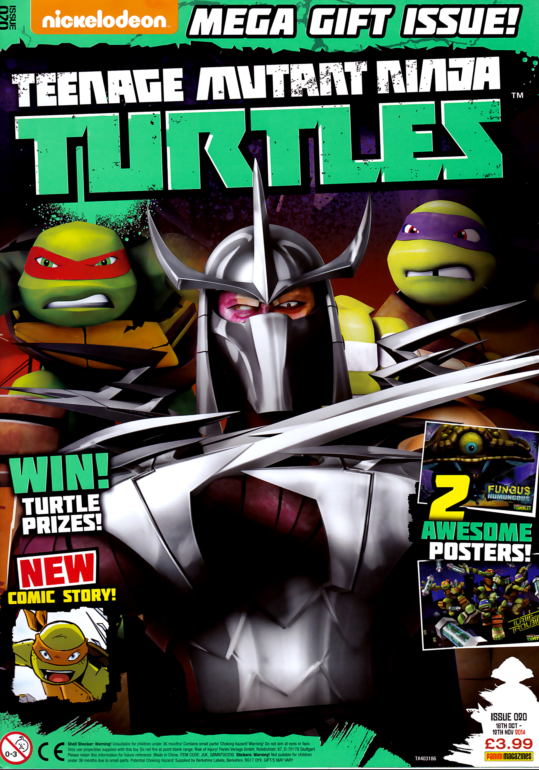 The Turtles are on the trail of another mutagen canister, though Mikey is sick with a cold and would rather be back in the lair.  He eventually finds the can, but promptly sneezes into a crack in the glass.  The cold virus, carried on his mucous, mixes with the mutagen and mutates into a giant laser-blasting virus! 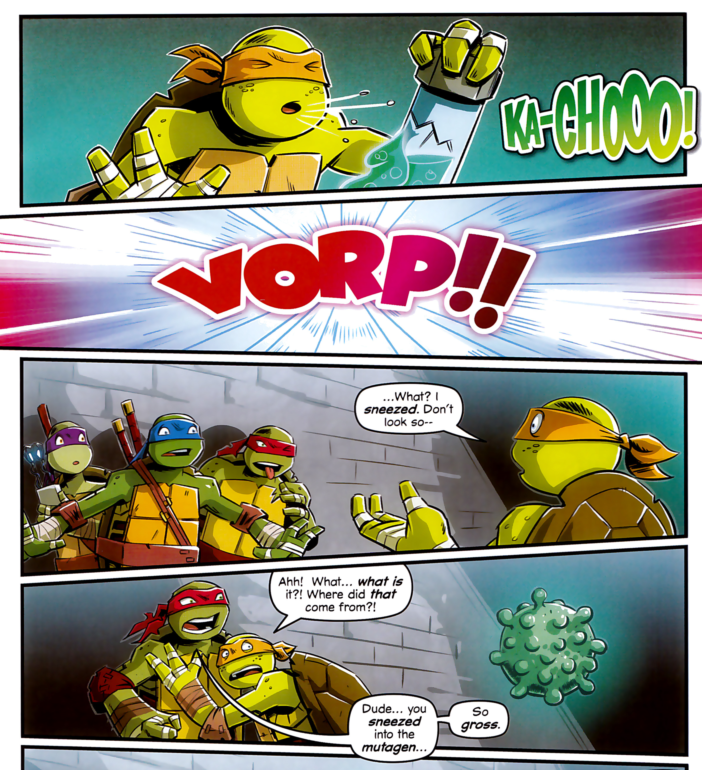 They chase it into the street and Raph suggests they just wail on it until its dead.  Leo jump-kicks it, Donnie swats it with his staff, Raph punches it, and Mikey… lets it get away because he was too busy blowing his nose.

Back at the lair, Donnie figures that since the virus is such a simple organism, they can track it with ease using the mutagen tracker.  However, they don’t know how to defeat something so historically and medically resilient.  Mikey suggests they give the cold virus a cold, which is a stupid idea, but it gives Donnie some inspiration.  He rigs up some CO2-blasters that’ll freeze the virus and the Turtles head out. 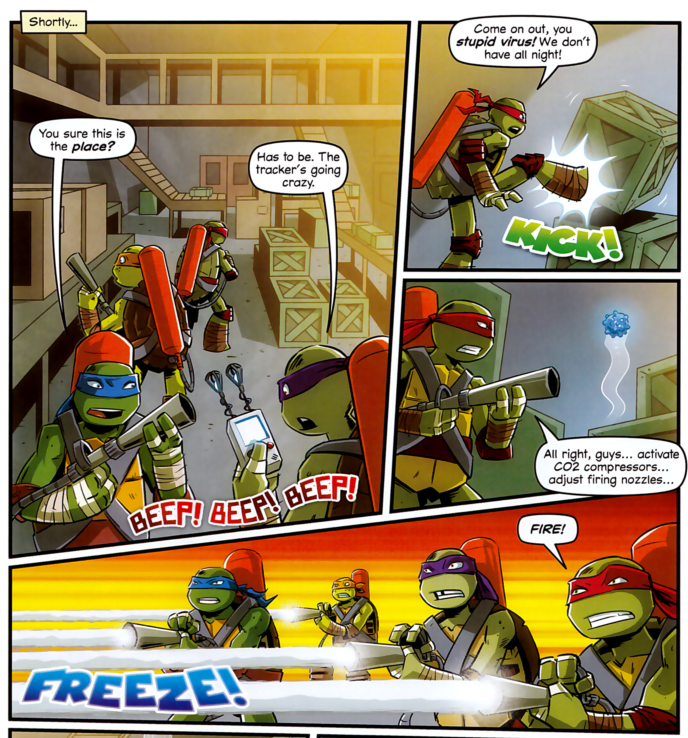 They track it to a warehouse and find the virus lurking inside.  The Turtles freeze it easy enough, but discover that the virus has multiplied out of control.  The dozens of giant viruses begin blasting lasers everywhere and each blast gives the Turtles a debilitating cold.  All the Turtles except Mikey, that is, because the virus originated from him and his antibodies have built up a resistance to it.  Mikey can’t blast all the viruses so he leads them to a walk-in freezer and slams the door, trapping them. 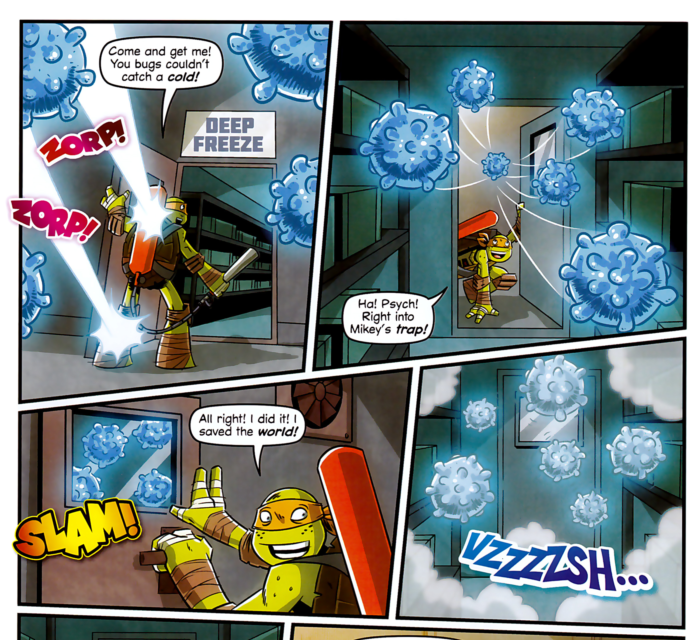 Returning to the lair, Leo and Donnie compliment Mikey on his strategy (which was actually an accident; he thought it was just a normal room where he could lock them up).  Unfortunately, all the Turtles have colds, which means they have to suffer Michelangelo’s homemade remedies (some really gross food).

Landry Walker comes up with another clever script, finding interesting use for the mutagen beyond “anthropomorphic animal”.  The story is paced really well and there isn’t any fat to the script; everything serves a purpose and it all ties together nicely in the end.  I particularly liked how Mikey being the one to have the original cold at the beginning meant his antibodies had grown a tolerance to the mutant virus, leaving him the most able-bodied hero in the end.

There’s also the humor of the Turtles literally trying to catch a cold, but that one’s so obvious I feel embarrassed just for mentioning it.

I suppose my only bit of criticism regarding the script is the dialogue at the warehouse.  Raph is the one announcing all the technical commands to the other Turtles on how to use their CO2 blasters.  It just seemed like those lines were written for Donnie but got slapped onto Raph.

I’m reviewing this issue a few months behind, but I’d actually forgotten all about that season 2 subplot from the cartoon; the whole “having to collect the lost mutagen canisters” thing.  That subplot sort of just petered out without much closure or celebration, as I recall.  I think the producers eventually decided, “Okay, we have enough action figure mutants, now.  Let’s move on.”

Iain Buchanan is new to the magazine, I think, and he has potential but could use a little more practice.  His layouts are fine, but his sense of motion is really stiff.  The expressions on the characters don’t seem malleable enough, either.

All in all, though, another solid issue of the UK mag.

Grade: B (as in, “But a giant cold virus with virus-blasting lasers seems funny and harmless until it hits some dude with HIV”.)