In this installment of Awesome Turtle Pictures, I want to go back to one of my favorite wells: Playmates action figure production artwork!

But specifically, I want to highlight the amazing work of Errol McCarthy.  He's perhaps best known for his contributions to the original He-Man and the Masters of the Universe line and his continuous work on the Star Wars line, but he shaped much of the Teenage Mutant Ninja Turtles figures from the '80s.

Here are some of my faves.  Sorry for the watermarks, but I had to snag these pics from eBay (the first time I'd ever seen any of them made public).

First up are his designs for Ace Duck (alternatively named Smilin' Quack and Steve "Quackup" Quacken).  Ace Duck actually began as a concept from Peter Laird, but it looks like McCarthy fleshed him out.  Love the cigarette, even if it never stood a chance of making it to the toy sculpt. 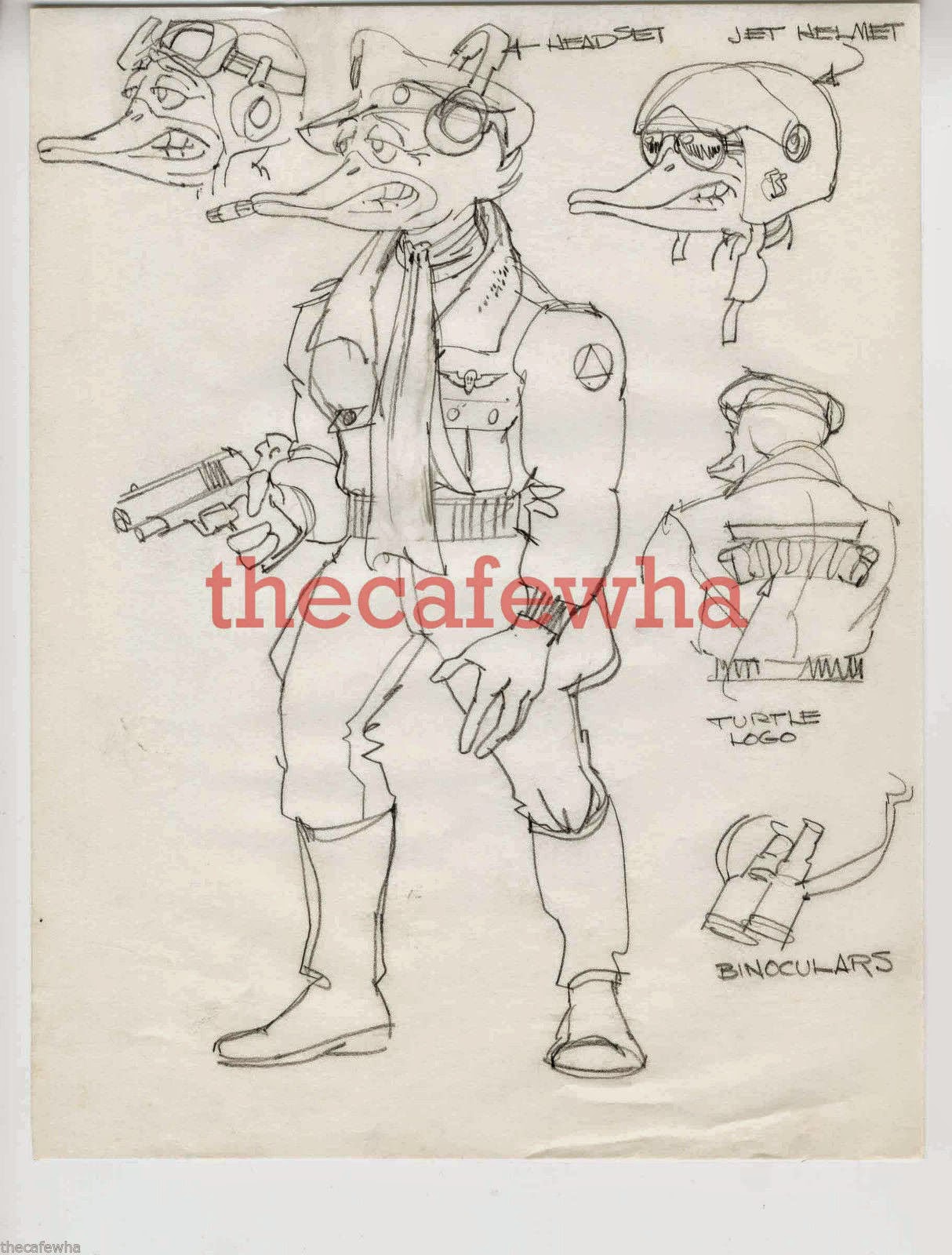 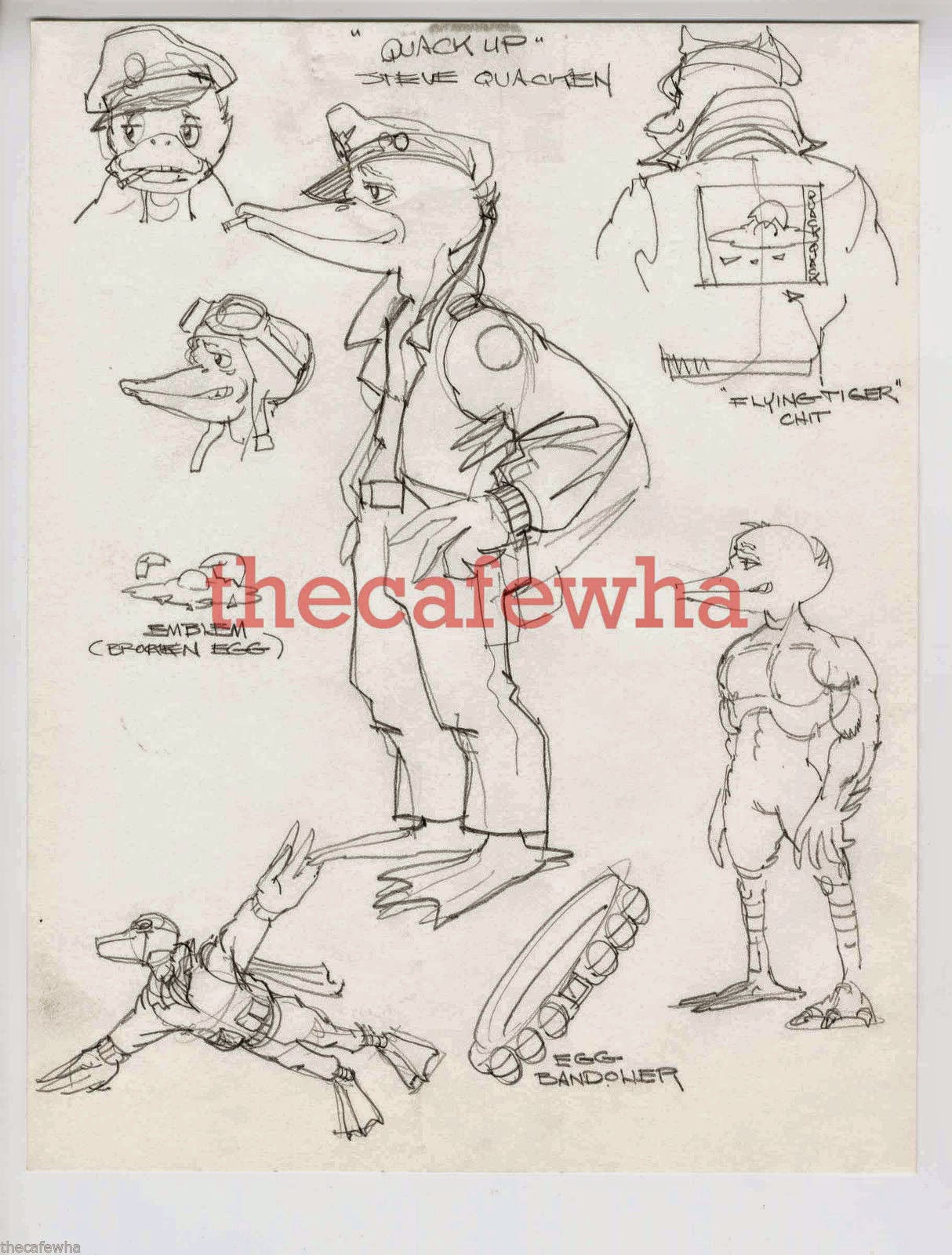 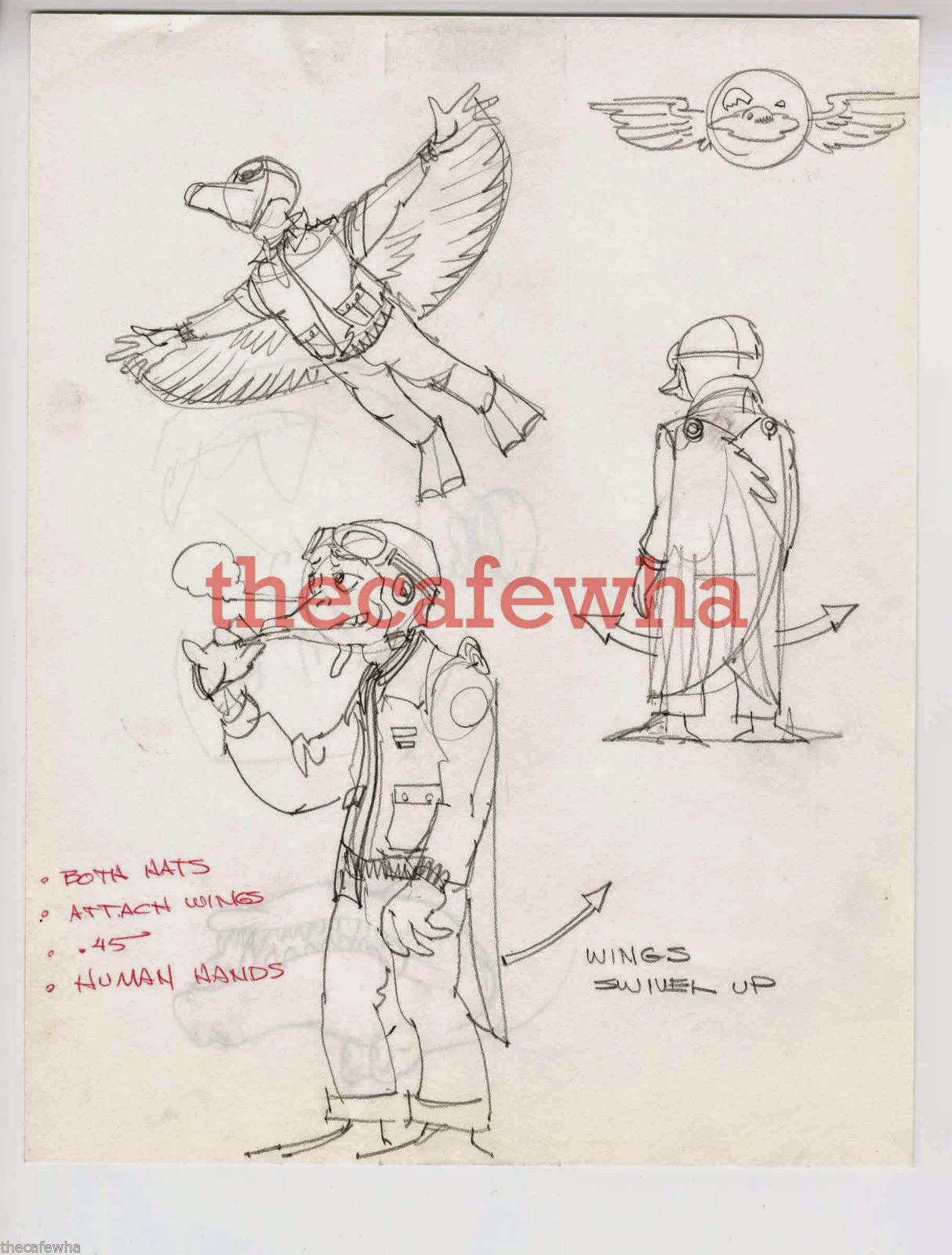 Here's one I don't care all that much for, but figured I'd include because it's such a bizarre deviation: McCarthy's rendition of Casey Jones.  Evidently Playmates didn't dig it much, either, as you can tell from the red inked note saying "go back to comic".  Playmates did so and went with the Eastman-designed action figure we all remember. 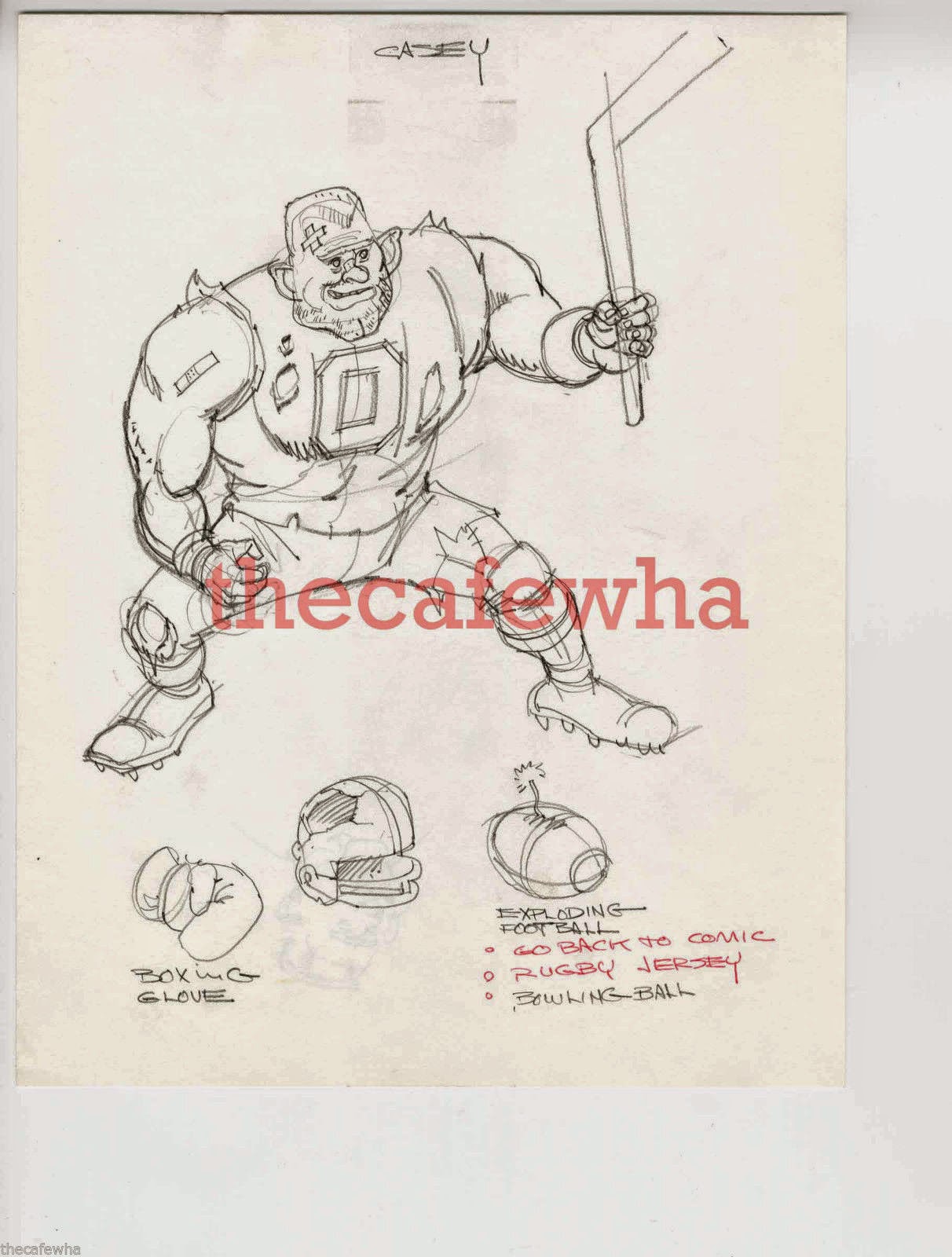 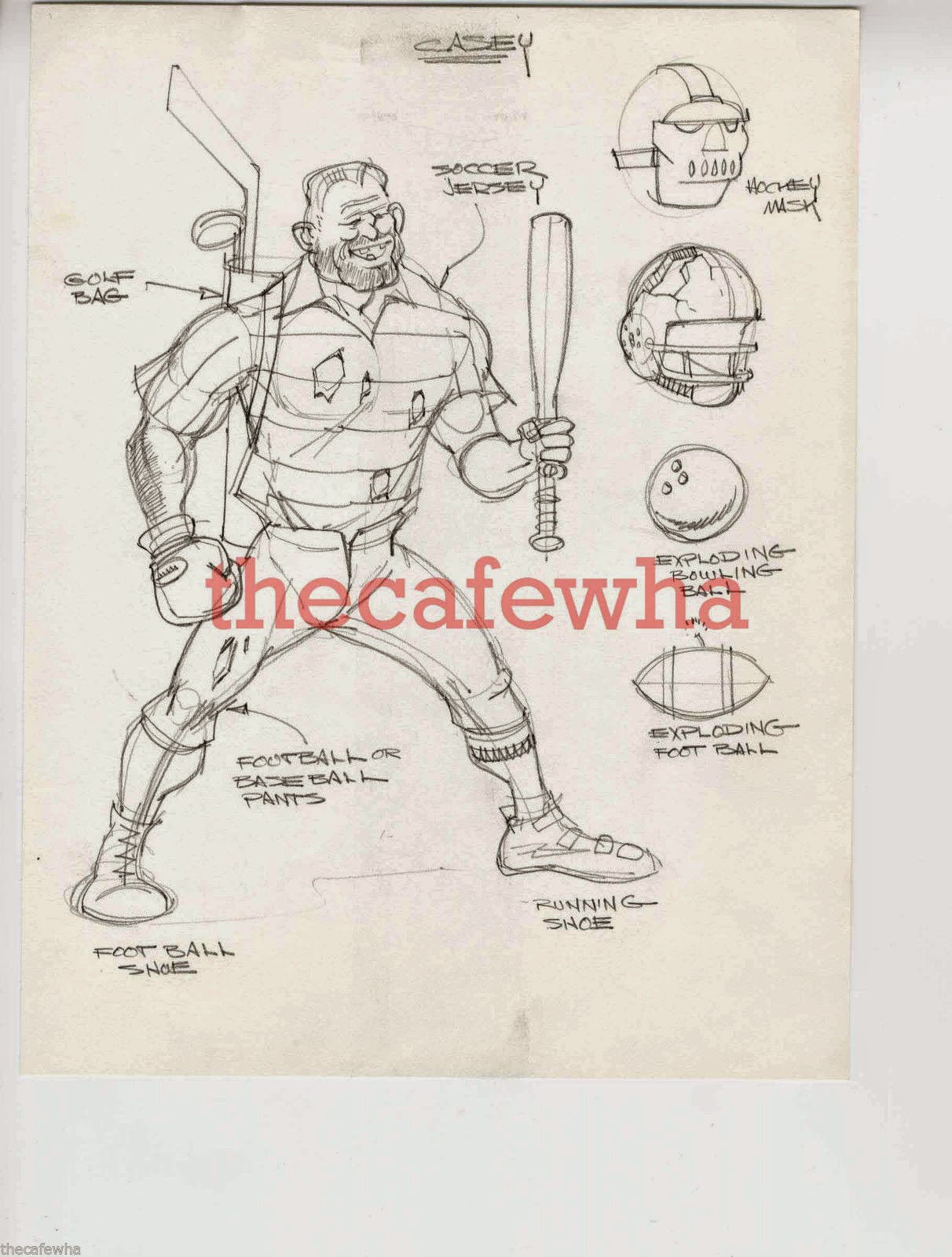 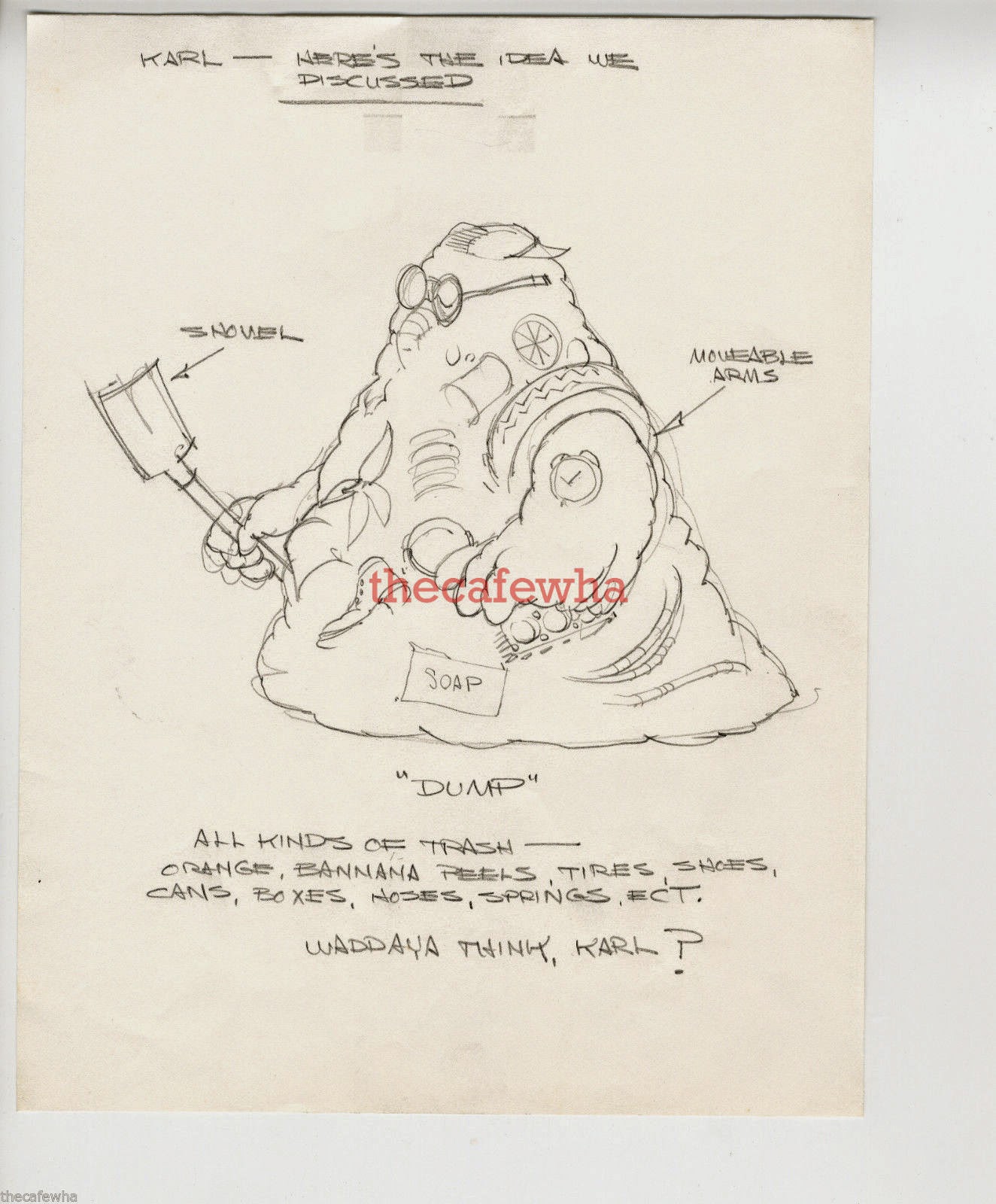 and here are my favorites: McCarthy's early designs for the fly mutant who would become Baxter Stockman.  You'll notice he isn't identified as Baxter in any of the notes, but rather by the unimaginative name "Fly Guy".  As pointed out in an earlier ATP, the fly-mutant concept originated with Peter Laird as a separate character before getting fused with Baxter Stockman somewhere along the way. 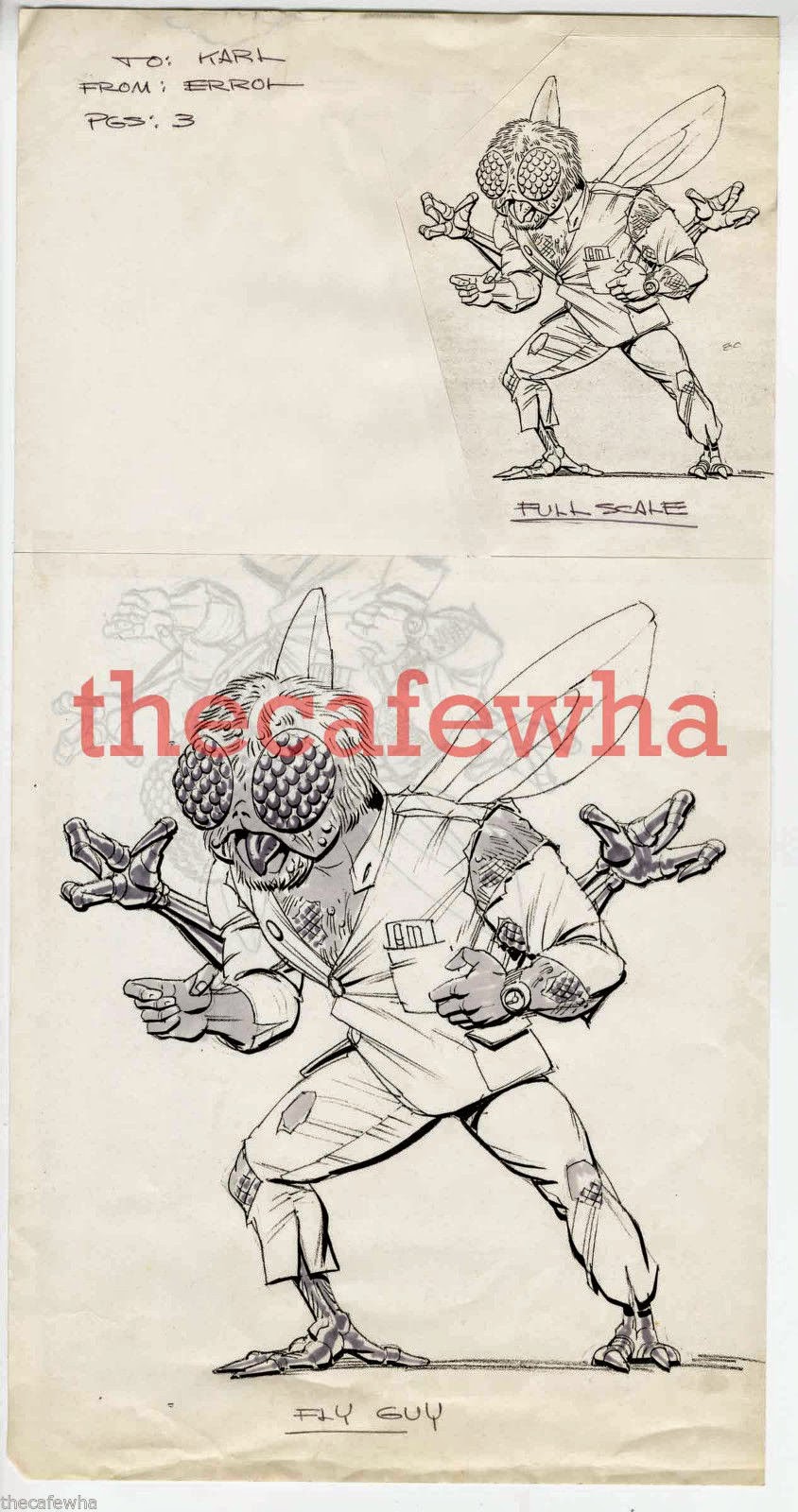 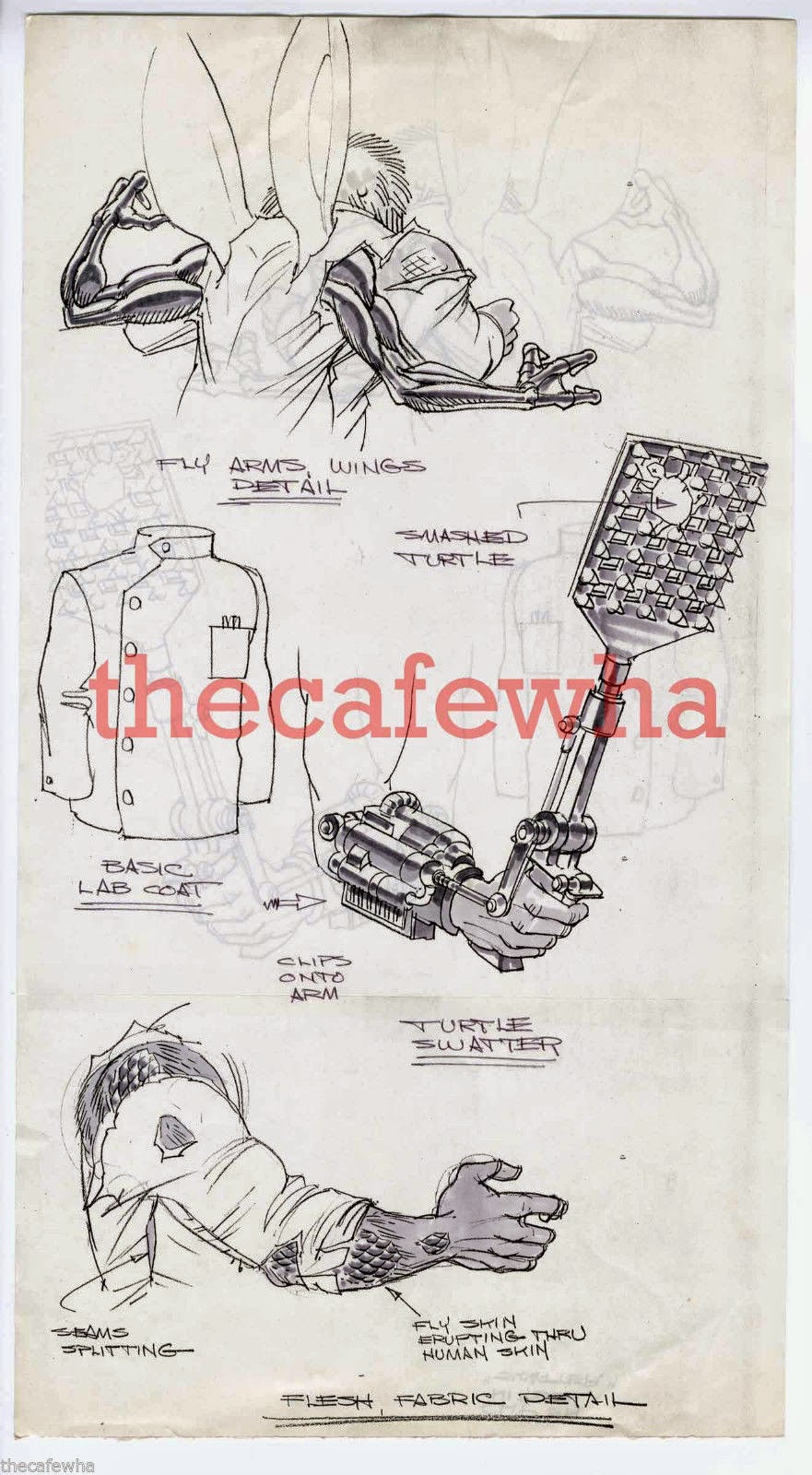 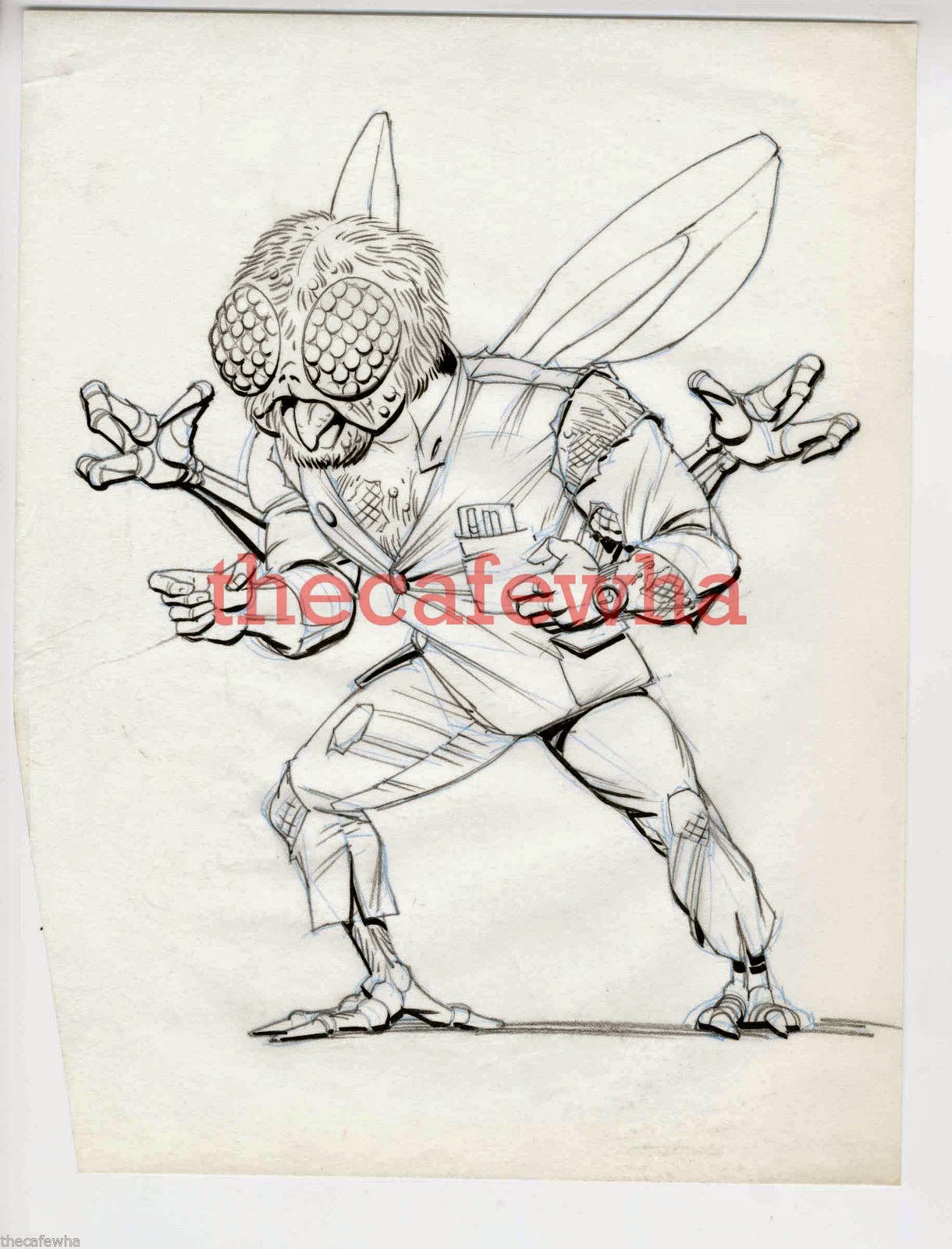 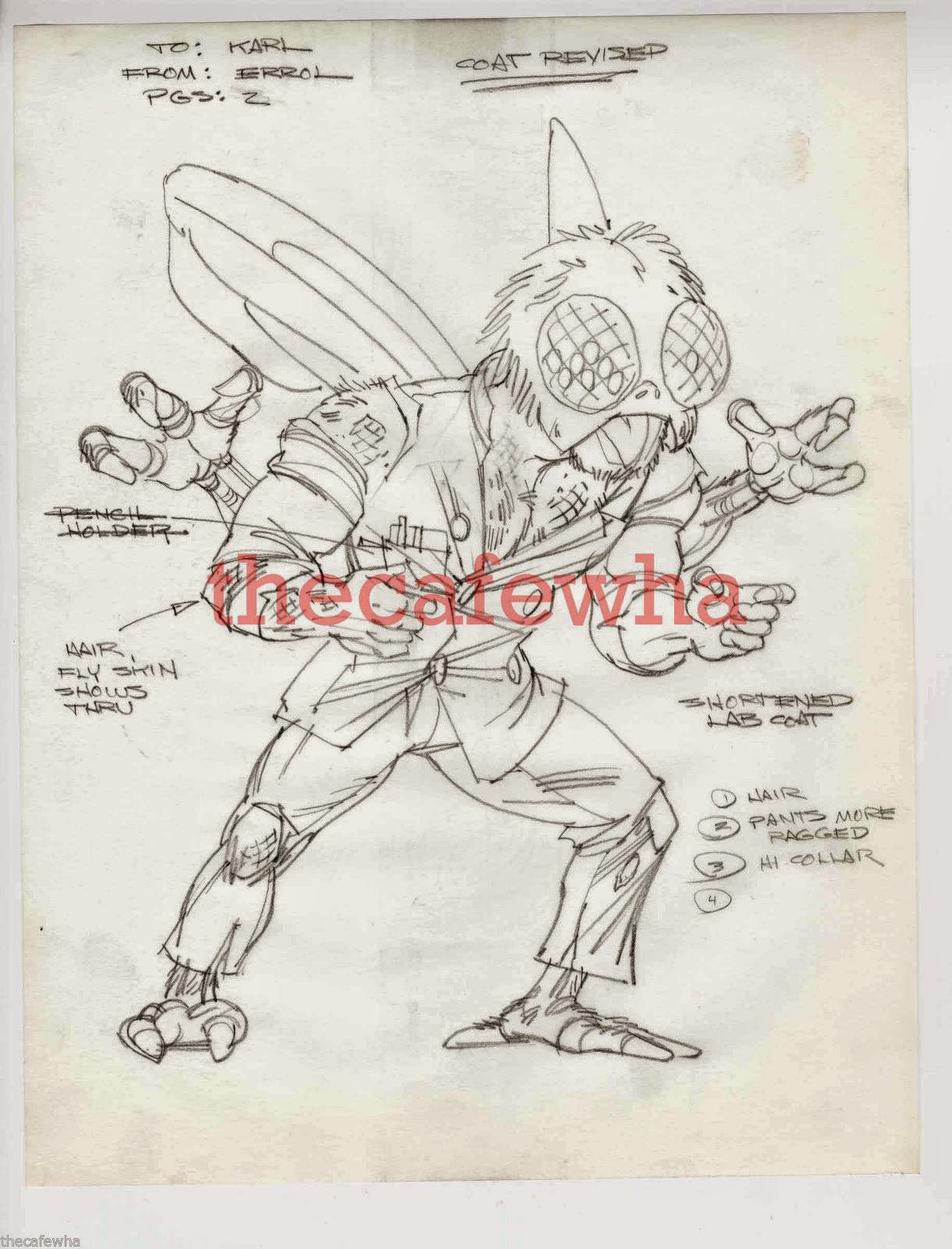 I've got lots of other toy art from McCarthy, but this seems like a good selection.  I love it when pieces like these pop up online as I'm rather fascinated with the whole action figure production process that went on behind the scenes at Playmates.