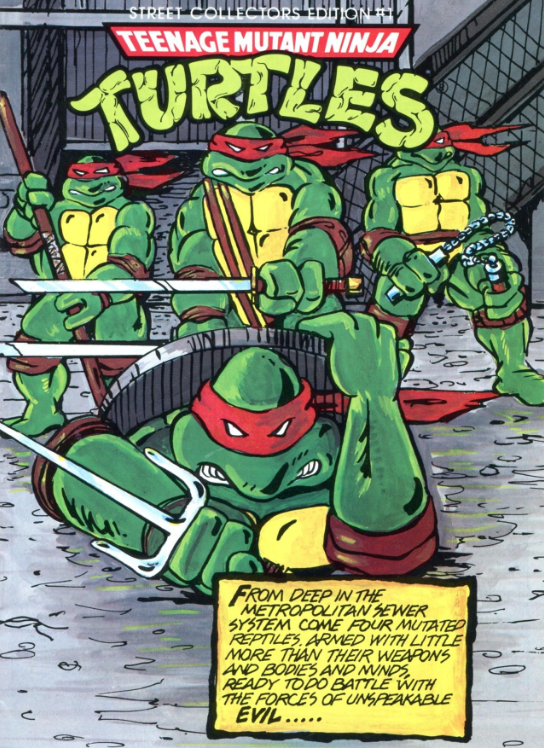 It’s Monday and the Turtles don’t have anything to do but loaf around the lair, reading their horoscopes in the paper.  However, they get the ominous feeling that something big is about to go down…

Nearby, the Purple Dragons have purloined a wrecking crane from a construction site and they’re playing “game show” with it.  Will they demolish Apartment #1 or Apartment #2?  Unfortunately, they choose Apartment #1, which just happens to be April’s place.  Knocking down the wall of her home, they immediately recognize her.  They demand she fork over her stereo and when she refuses, they send the wrecking ball careening her way. 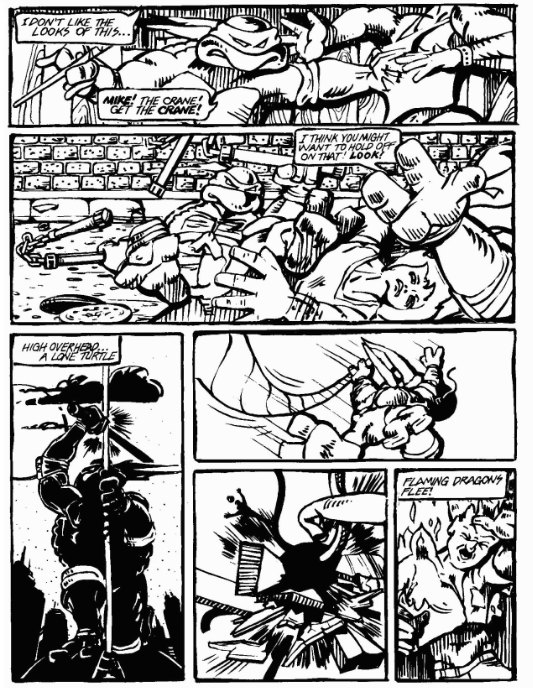 Luckily, Raphael, Michelangelo and Donatello intervene, clobbering all the Purple Dragons.  Leonardo grabs the cable of the crane and cuts it with his sword.  Now off-target, the wrecking ball misses April, but takes the roof off her apartment.  Terrified, the Purple Dragons flee.

April tells the Turtles that she’s okay and the damage to her building looks worse than it is.  The only problem is the lack of a roof… a problem which is exacerbated when it begins to rain.  The Turtles tell her she can sleep in the sewers with them, nestled comfortably in a drainage valve.  April is overjoyed.

*The Turtle Force Fanclub Kit was available as a promotion attached to Playmates action figures beginning in 1988.  The kit also included a sticker, membership card, certificate of authenticity, and a bandana.  You also received a 12-month subscription to The Chaos Chronicle newsletter.  The letter packaged with the kit welcoming new members was written by the fanclub president, “P.J. Van Egeren” (evidently a real person!).

*The author/artist for this comic was not credited.

*A similar fanclub kit would be released by AJN/Playmates in 1997, promoting the new Next Mutation line.  It featured a fact booklet instead of a comic: The Green Pages.

The Turtle Force Fanclub was something I never belonged to, though I would have sent away for a membership in a heartbeat.  Kids are suckers like that.  For a thorough rundown of the contents of the Fanclub Kit, check out this old X-Entertainment article.

The story features a rare appearance from the Purple Dragons, who premiered in TMNT (Vol. 1) #1 and promptly vanished until they were revived for the 4Kids TMNT cartoon.  This may be their only other appearance between 1984 and 2003, though I might be missing something.

At any rate, it shows that the author was familiar with the Mirage comics (Mirage is listed in the legal citations, but likely as the owners of the TMNT and not the creative force behind the comic).  As to who the author is… I haven’t a clue.  They aren’t credited.  But considering this was published through Playmates as a promotion for their toyline, it was probably one of their in-house artists.  Maybe even the person who did the comic strip origin recap on the action figure card backs: 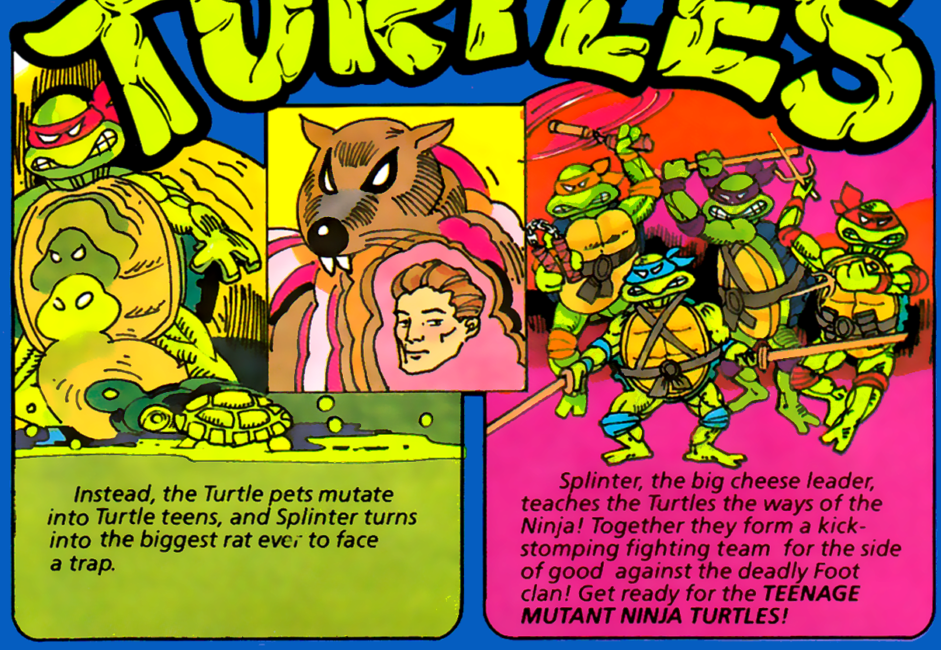 They kind of look similar.  A little.

The story’s pretty “meh” and whoever wrote it can’t decide if the gang is called the “Purple Dragons” or the “Flaming Dragons” between pages.  The art is hard to decipher, too, especially considering how heavily inked the linework is (which wasn’t very coherent to begin with).  Still, this was a free incentive to join a TMNT fanclub in ’88 and I’m sure it thrilled its fair share of children.