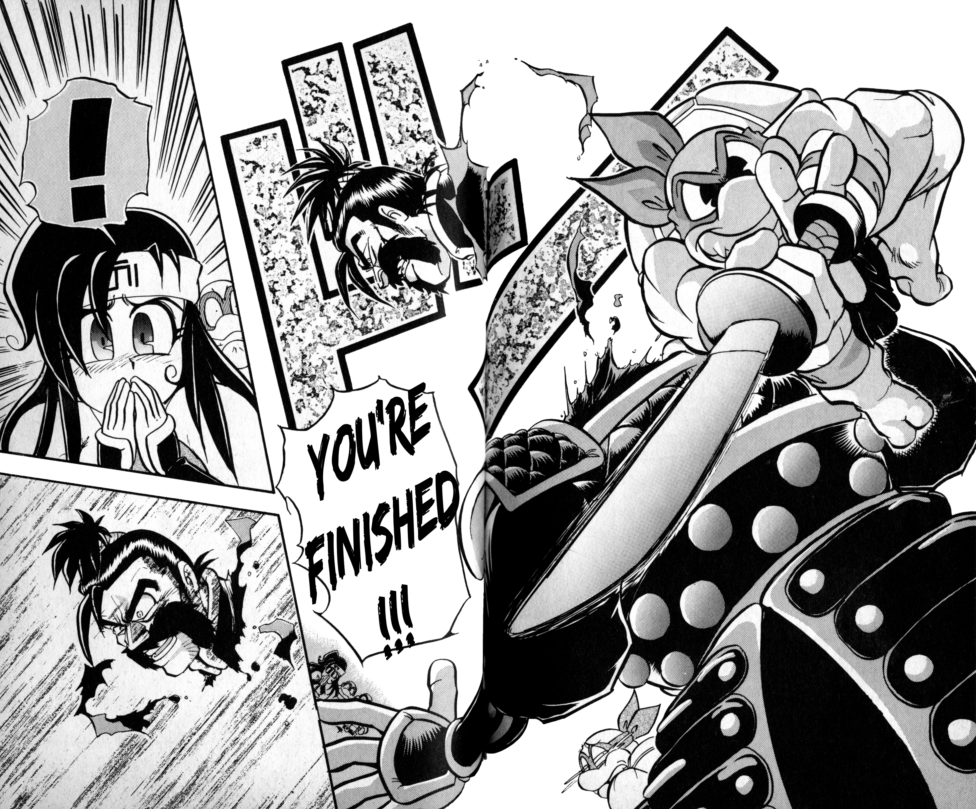 TMNT Entity and the Optical Internet Translation Gang have teamed up once again for the penultimate chapter of the radically different TMNT III manga adaptation: "Ninja Turtles vs. Samurai King!!!"

The showdown with Lord Norinaga, like everything else in this wild "adaptation", goes very differently than in the film.  And no, the above page selection doesn't ruin it for you.

Hopefully we'll be able to get the final chapter of the adaptation done in the next couple of months and we can put this manga behind us.  It's been pretty fun to translate so far!

As always, special thanks to Adam Winters for providing the raw scans and Cryomancer of the OITG for clean-up and lettering.