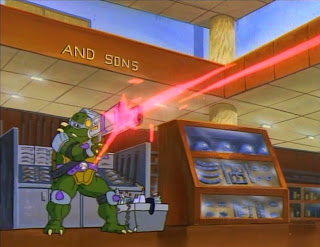 Okay, I'm still working my way through this unremarkable season.  Here are another 5 episodes reviewed, though it cost my sanity.

In this batch, the Turtles fight a Freddy Krueger parody, a Phantom of the Opera parody (again), killer restaurant animatronic animals 20 years before Five Nights at Freddy's was a thing, and also Slash. 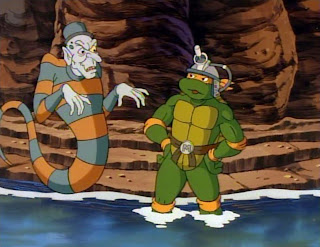 I'll confess that I enjoyed the Slash episode quite a bit.