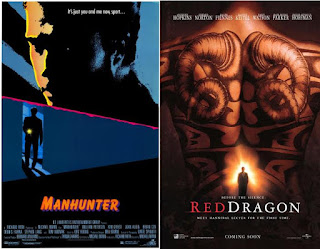 This week's horror movie review is a little different.  I had the chance to team up with Sean over at Miskatonic Musings and we discussed the two film adaptations of the Thomas Harris novel, Red Dragon.  You know, the first Hannibal Lecter story.

I actually like both versions, which are superficially similar but surprisingly different in their own ways.  As for which one each of us preferred, you can check the article for that.

Got a lot of TMNT comics this week, so there should be plenty of Turtle reviews coming this weekend.  That "big article" I've been working on is sort of stuck on the backburner until I can get through all the new IDW issues.  But it also requires me to watch several hours of terrible TMNT videos, so I needed to take a mercy break from that torture, anyway.