A Japanese reader, "Kyano13neo", was scanning his old volumes of TV Magazine and, when he found some TMNT pages, was kind enough to share them with me! I'm not sure how to catalog these, so I'll just post them as an image gallery for the curious. These are an interesting look into the unique way the original TMNT toyline was promoted in Japan. The Mutations line received a very big push in Japan (you may have already seen artwork from Takara's collectible card game that was released as a further Japanese exclusive tie-in to the line). The Micro playsets also received a considerable push, it seems.

These pages come from late in the series' Japanese release, as they also include manga and advertisements for the Super Mutant and Metal Mutant lines, which closed out the original toyline in Japan. Enjoy that wonderful Hidetsugu Yoshioka artwork! 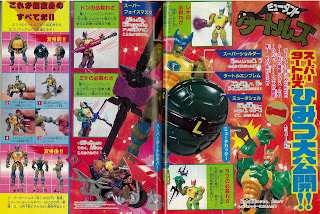 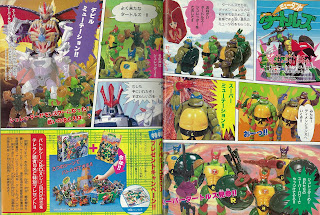 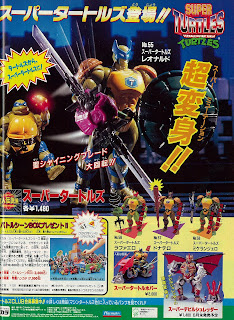 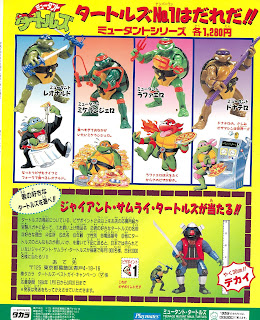 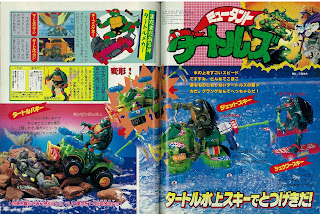 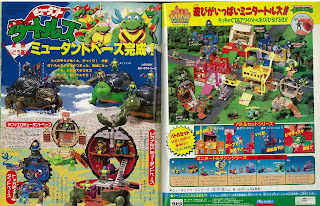 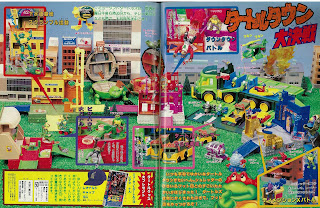 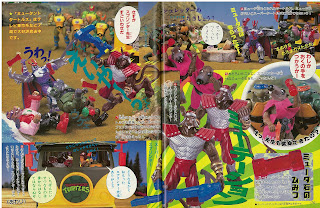 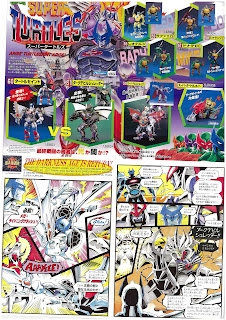 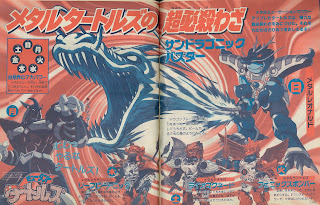 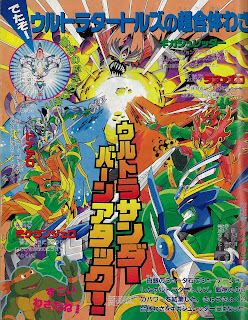 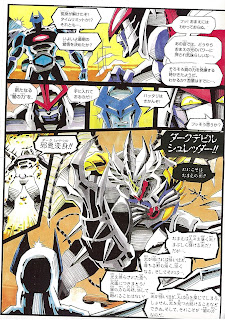 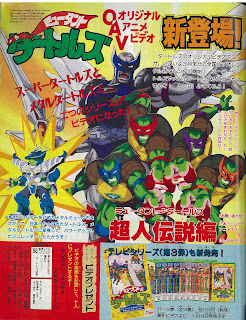 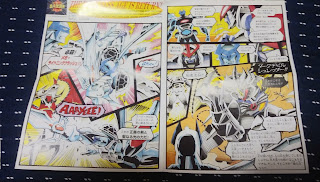 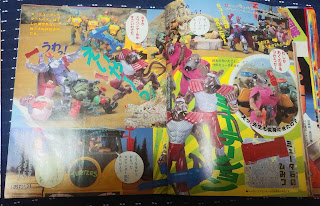