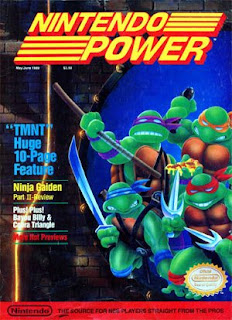 Originally published by: Nintendo of America

This issue of Nintendo Power features the Ninja Turtles as the cover feature as well as a strategy guide for the first Ultra/Konami TMNT video game on NES. 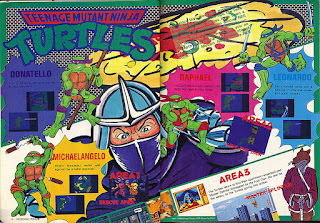 Although the strategy guide features lots of original art, there is no comics content in this issue.

I don't plan to cover every gaming magazine that did features on TMNT video games, because that would be an enormous undertaking. I really only wanted to do a quick write-up on this one because of the confusion it causes. TMNT collectors searching for the Howard & Nester comic with the Turtles often buy this issue by mistake, not realizing that it's the NEXT volume that has the Turtles comic in it.

But if you REALLY care about this stuff, you may also want to seek out Nintendo Power Vol. 2. It has this itty bitty blurb in it, hyping the impending release of the first TMNT game on NES. 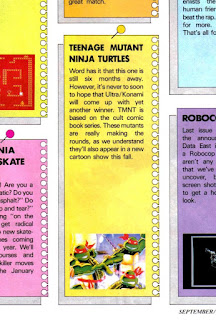 You know. For you completionists.