That's right, the reviews here at TMNT Entity are going to be taking a break (save for new IDW releases) so I can spend my weekly budgeted alotment of Turtle Time translating the Japanese manga, Super Turtles Volume 3, the concluding chapter of the Super Turtles saga.

The generous Adam Winters has provided me with complete scans of this hundred-page story (that deviates considerably from the Super Turtles anime OVA which you've probably seen on You Tube) and Cryomancer of the Optical Internet Translation Gang will once again be working his clean-up and lettering magic to make these translations look as pretty as possible.

As I'm currently attending college classes and working a full-time job, it may take the better part of a month for me to complete my translations, but I'll try to throw some content up here on TMNT Entity whenever I can (probably some more of my Awesome Turtle Pictures; those are quick and easy).

Until then, you can check out the existing TMNT Manga section of TMNT Entity where you'll find a directory of links to volumes already translated and lettered, so you can catch up on all the TMNT manga stories you might have missed! (Don't worry, the .cbr files were hosted on Mediafire in addition to Megaupload, so they're all still there!).

And here's a preview of what to look forward to in this third volume of Super Turtles by Toshiki Kudō (if his style seems familiar, that's because he also drew the official manga adaptation of The Empire Strikes Back!): 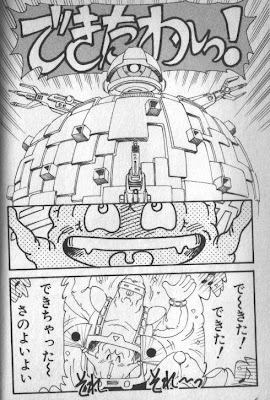 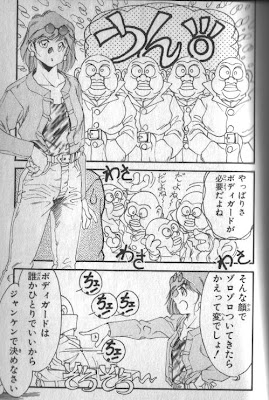 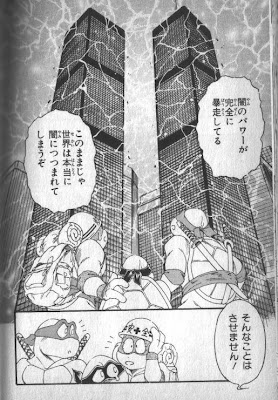