Here are some pieces that may not all be "awesome", but they're certainly rare.  This art (cover by Simon Bisley, interiors by Paulo Parentes Studio in Italy) was originally commissioned by Palladium Books for their second edition of the TMNT & Other Strangeness RPG: 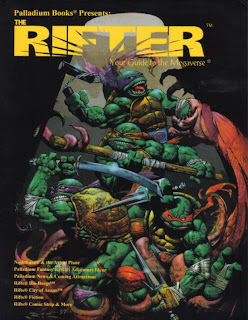 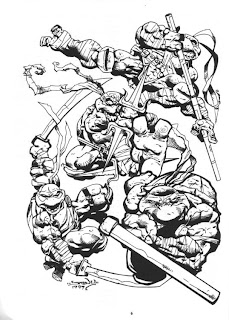 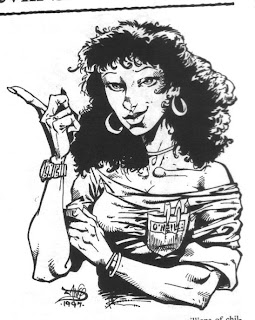 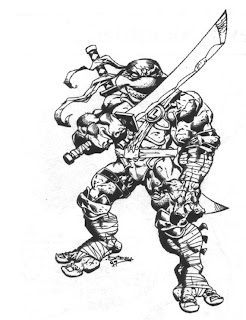 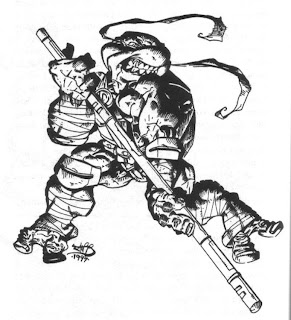 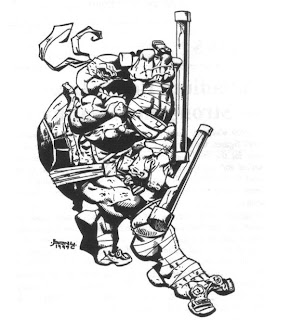 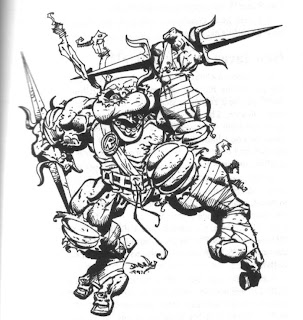 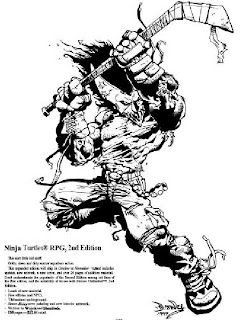 Palladium wound up dropping the TMNT license due to low sales of the previous TMNT & Other Strangeness products and all this art went to waste.  They eventually published it in their collector's magazine, The Rifter (issue #9, 2000).

Intended to be contemporary to the TMNT franchise of 1997, you'll notice the Turtles all feature design elements from the short-lived, live-action Ninja Turtles: The Next Mutation television series (the sashes with their initials on them, Michelangelo wielding tonfa instead of nunchakus).  Meanwhile, Casey Jones is garbed in his "star-spangled hockey mask", a fashion statement exclusive to the Image-published TMNT comics of the late '90s (Bodycount and TMNT Vol. 3).

April still looks like a relic of the '80s, though.