I've made fun of those EXTREEEME '90s advertisements for Image's TMNT Volume 3 series before, but I think this one deserves some bonus chortling.

This particular ad was published in the back of TMNT (Vol. 3) #14 and was apparently editor Erik Larsen's catchall means of telling readers that Girl Turtles would never, EVER be appearing in this comic: 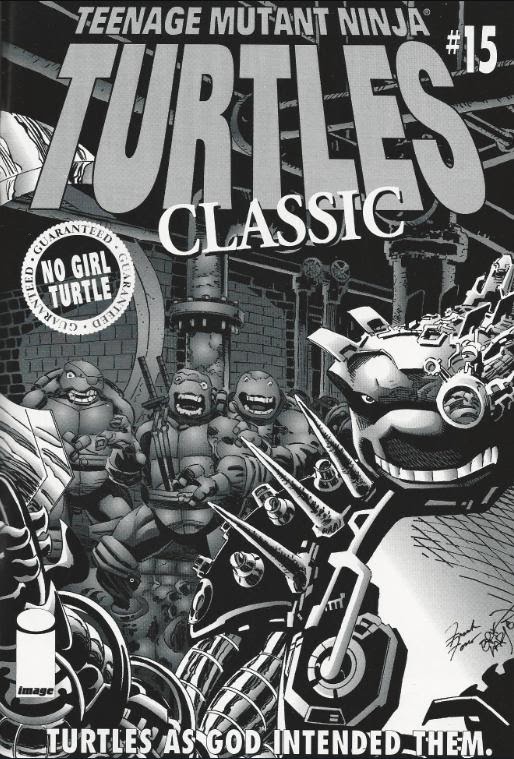 For a smidgen of context, Image's TMNT comic was published at the same time Saban's live-action Ninja Turtles: The Next Mutation series was airing on television.  Fans were so appalled by that show's inclusion of Venus de Milo, the female Fifth Turtle, that they wrote in with their concerns about the character potentially appearing in the comic.  Every.  Single.  Month.

So as you can see, Larsen was getting a little sick of it.

What I find REALLY amusing about this ad, though, is the tagline at the bottom: "Turtles as God intended them".  Seeing so bold a statement attached to a piece of art that includes Raphael with an eyepatch and Donatello as a cyborg, made without a shred of irony, just encapsulates '90s comics perfectly for me.