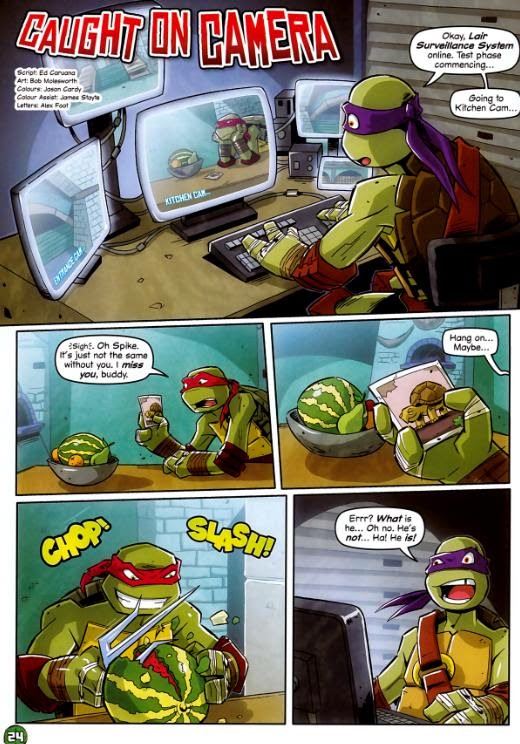 In his lab, Donatello is putting the finishing touches on the closed circuit TV security system he just installed throughout the lair.

Looking in on the kitchen cam, he sees Raphael moping over the loss of Spike.  Thinking he’s alone, Raph carves a watermelon into the shape of Spike and pretends his buddy has come back to him.  Raph then sees the hidden camera and realizes Donnie was watching him the whole time. 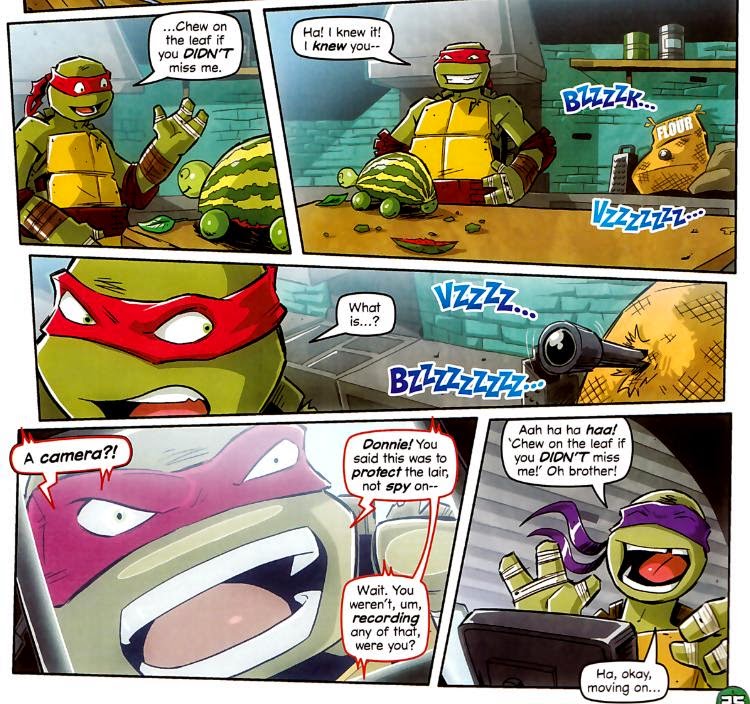 Through the dojo cam, Don sees Leonardo practicing… sort of.  Leo is pretending to be a great hero that is the idol of millions and the purveyor of justice, with lots of corny speeches to go around.  Leo sees the hidden camera and feels fatally embarrassed.

And in the living room, Michelangelo is dressed like the Shredder and giving a speech about how only the orange bandana-ed Turtle is powerful enough to stop him.  Mikey sees a wax pizza with the camera hidden in it and, thinking it real, eats the camera.

Donnie has a good laugh at the idiocy of his brothers and then checks back on the living room cam.  He sees Leo doting over Raph, who is in pain.  Raph says something at the Kraang facility they raided the other night bit him.  Suddenly, six tentacles burst out of Raph’s shell. 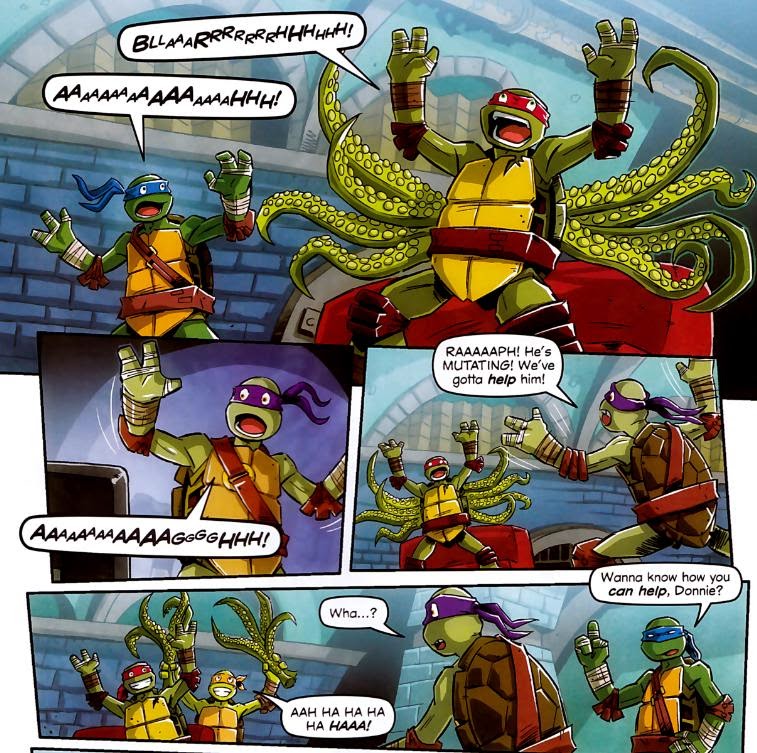 Don immediately runs out to the living room to help him, only to find it was all a prank.  His brothers “encourage” him to stop spying on them.

*This story is continued from “One False Move”.  The story continues in TMNT Magazine (Panini) #17.

*Spike mutated into Slash and left Raph in the season 2 episode “Slash and Destroy”.

A cute little story, but not much to say about it, otherwise.

You’ve got Raph lamenting over Spike becoming Slash and leaving him, which the cartoon didn’t spend much time on.  I mean, unless it was specifically a Slash episode; then Raph could get all sad again.  But if Slash wasn’t in the episode, then Raph couldn’t care less.  Kid's cartoons have short term memories like that.

But anyway, if you look at this as a story about Raph and Spike, then it kind of pairs nicely with “Taken” from TMNT Magazine #4.  So there’s that.