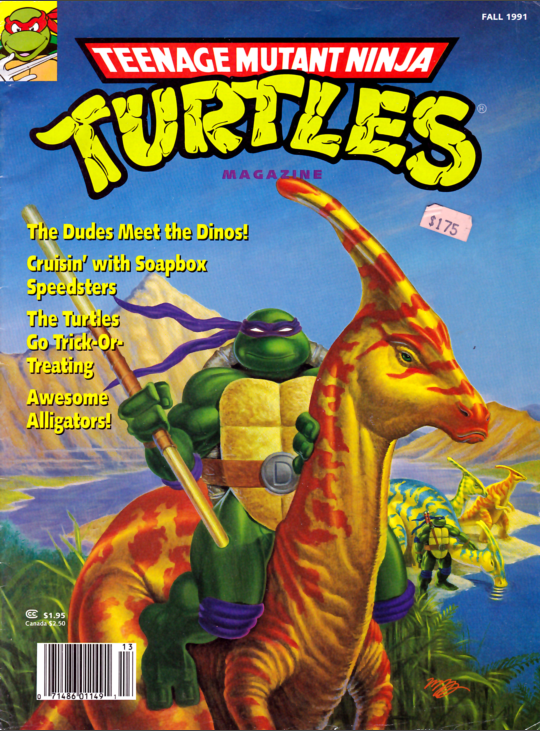 The Turtles continue their journey through the rain forest with Jagwar as their guide.  He shows them a strip mining operation that threatens to destroy the ecosystem and poison other ecosystems by washing chemicals down-river.  However, there is nothing they can do to stop the legal mining operation (which also uses forced labor, apparently). 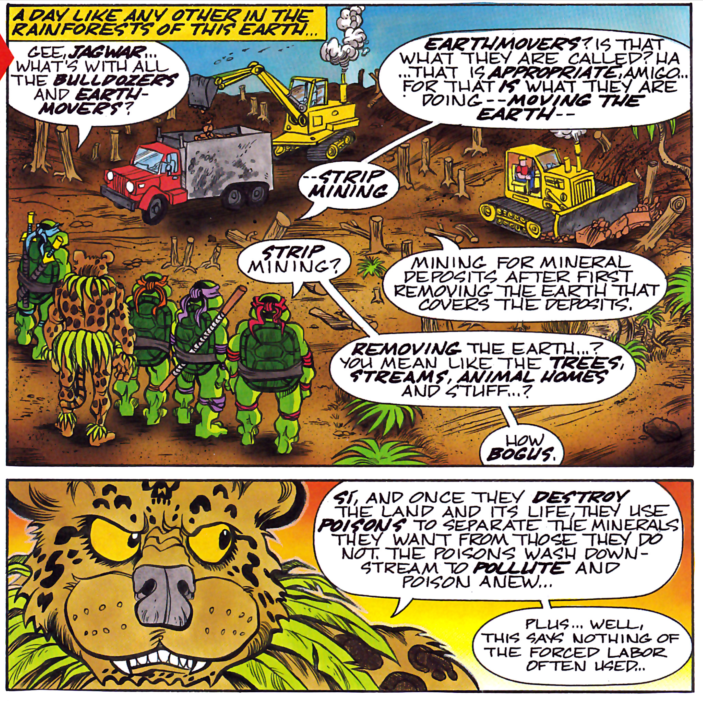 Jagwar then takes them to a special place man does not know about so that they can save some very special animals from the deforestation.  They come across a herd of parasaurolophi… dinosaurs!  The last of their kind.  He explains that they have existed peacefully in the rain forest for millions of years, but humanity’s greed and destructive impulses now threaten them. 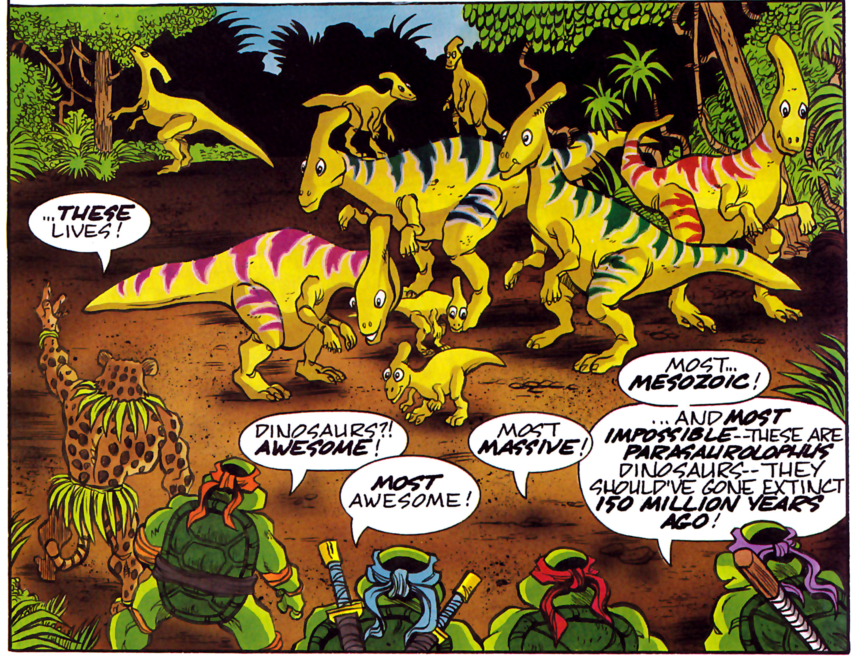 The Turtles and Jagwar round the parasaurolophi up and ride them to a tepui mankind does not know about.  They take them through a secret entrance and release them into the grotto so they can live peacefully once more in a place where man can never find them.

*This story is continued from TMNT Magazine (Welsh) #5.  The story continues in TMNT (Welsh) #7.

*The plot in which the Turtles journey with Jagwar into the heart of the rain forest and discover a lost world populated by dinosaurs is partially recycled from TMNT Adventures #15, which was published in October, 1990.

Do you feel guilty, yet?  Huh?  I bet you thought a meteor or an ice age or something like that killed the dinosaurs, didn’t you?  Well you were WRONG!  It was corporate-authorized deforestation of the Amazon rain forest, using forced labor and poisoning the water sources with dangerous strip-mining chemicals!

And it’s all YOUR fault.

It’s a good thing we have guys like Steve Murphy around to tell us how awful we are, or we might be able to go five whole minutes without feeling guilty about something.  Shame.  Shame on us all.

Anyway, this concludes the only story arc in Welsh’s TMNT Magazine: A 3-issue truncation of the South American tour arc that had recently completed in Archie’s TMNT Adventures comic. If it weren’t for Sgt. Bananas showing up at the start of the trilogy, I’d have written the whole thing off.

It’s still pretty bad, though.  More of Murphy’s smug, self-satisfying admonishments of that nebulous entity known as “man” and the various awful things it does.