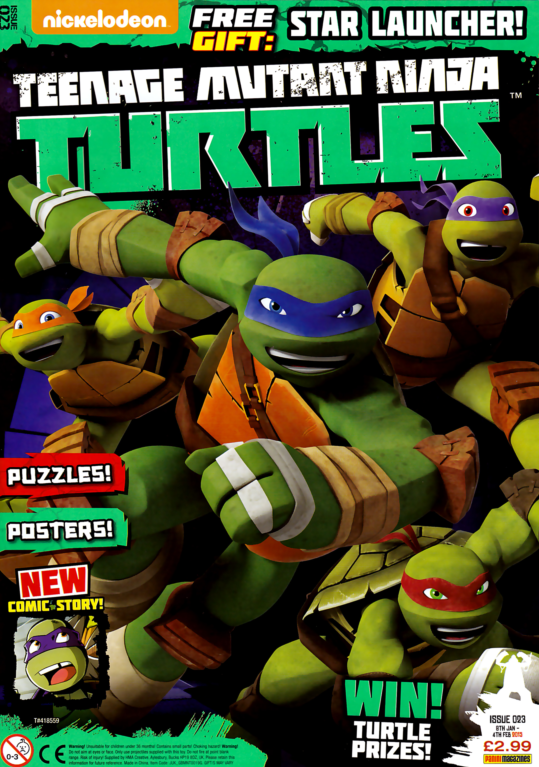 In his lab, Donatello is putting the finishing touches on his latest invention: A hologram projection belt.  By sending photos wirelessly through his tPhone, Donnie can project a holographic image onto himself, thus creating the perfect disguise.  He uses photos of Casey Jones to create his first illusion and heads to the surface to test it out. 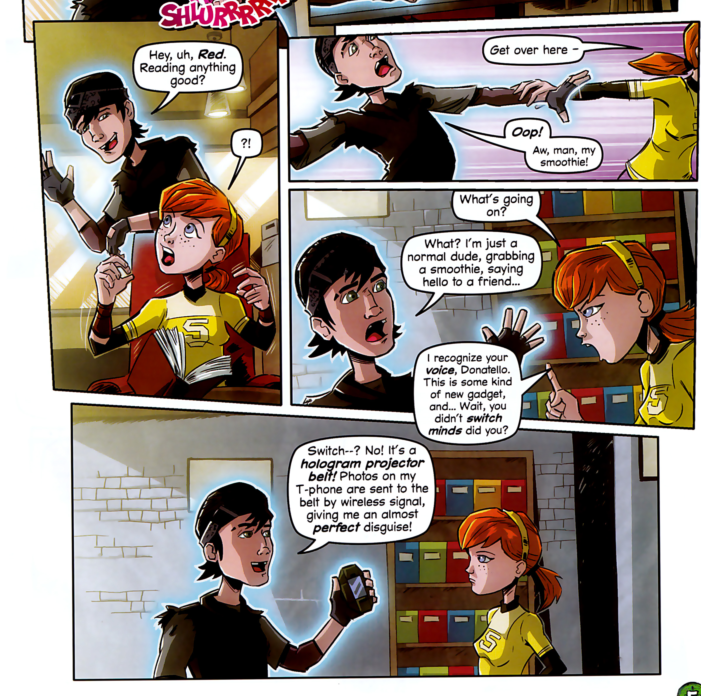 While at a coffee shop, “Casey” bumps into April.  Donnie tries to pass himself off as the real deal, but April immediately recognizes his voice and demands to know what he’s up to.  Donnie explains himself and shows her the app on his tPhone.  However, when he tried to slide the tPhone into his holographic pocket, it just falls to the ground and breaks.

This is a problem, because New York is just one bit wifi hot zone and without the tPhone, the hologram belt begins picking up signals from other phones.  Once Don sees himself turn into Dr. Blip from Robo Mecha Force Five, he decides to head back to the lair ASAP.

Unfortunately, he picks up a signal from a police officer’s phone, transmitting photos of a crook.  Donnie transforms into the criminal and gets chased by the cops.  He undergoes several other embarrassing transformations, including an old lady and Bigfoot, before making it safely back to the sewers. 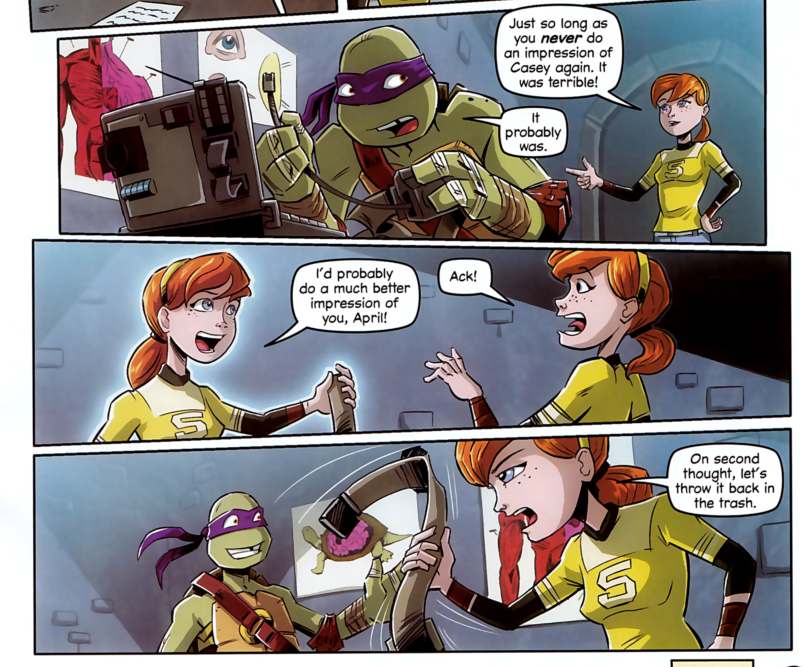 Later, he decides to discard the hologram belt project since he can’t fix the signal interference problem.  April fishes the belt out of the trash and encourages him to continue, although under the condition that he never transform into Casey again.  Donnie agrees, but transforms into April instead.  April grabs the belt from him and throws it away.

*Incidentally, Donatello would proceed to meet Bigfoot in the season 3 episode of the Nickelodeon TMNT cartoon, “A Foot Too Big”.

Weird that there was only one short strip in this issue.  I guess Panini hit a time crunch or something.

Anyhow, it was another fun comedy strip from Burnham.  Many of his stories feel like they could be fleshed out into full episodes of the cartoon, so there’s a nice sort of authenticity to them, even if they’re short.

I think the best bit was how Don’s Casey disguise failed immediately because April recognized Don’s voice.  It’s such an obvious thing and one of those common cartoon clichés (characters fooling everyone with their disguises even if their voices are the same), you almost forget about it because you’ve set your expectations so low.  Also loved how he tried to slip the tPhone in his holographic pocket and immediately realized what an idiot he was.