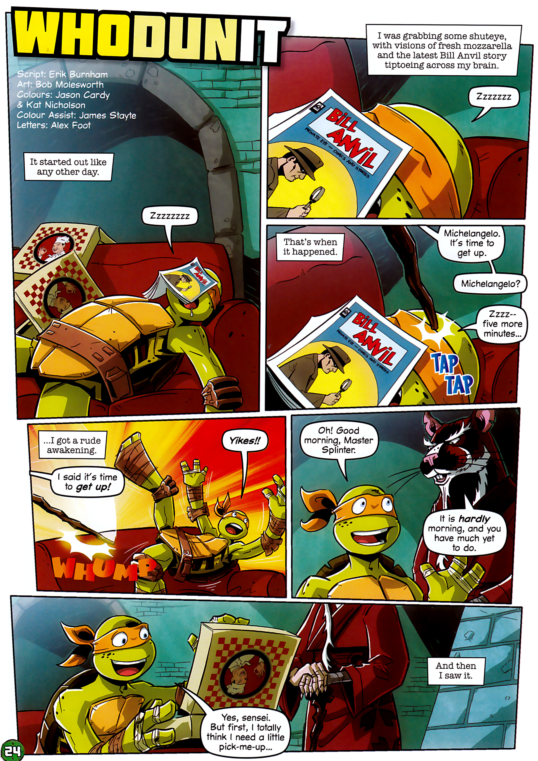 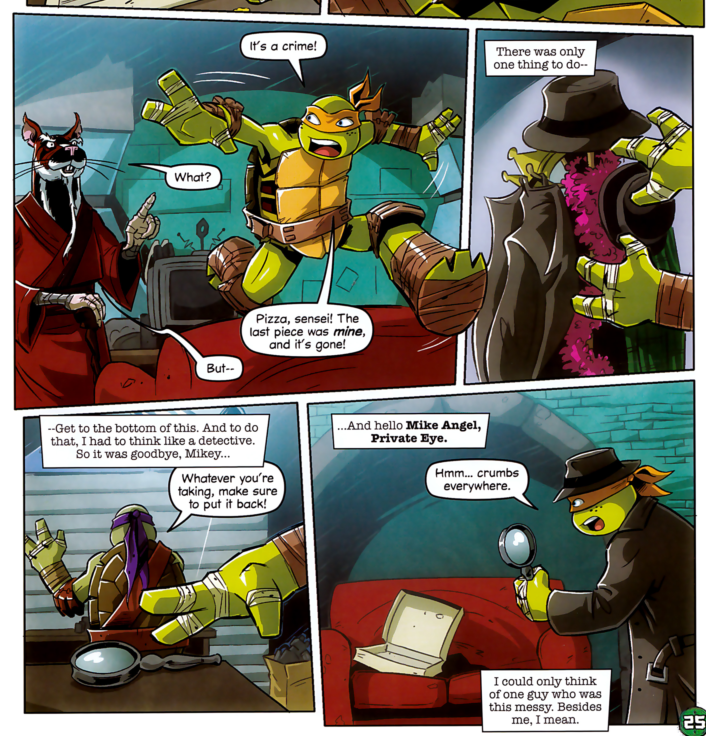 First, he interrogates Raphael, searching his body for crumbs.  This annoys Raph, who threatens to knock him senseless if he doesn’t quit it.  Mikey comes to the conclusion that he’s clean.

Next, he puts a lamp to Donatello’s face and grills him for answers.  Donnie tells him to stop interrupting him, as he’s working on a project.  Realizing that whenever Donnie works on a project he loses focus on everything else, meaning he couldn’t have stolen the pizza, Mikey moves on. 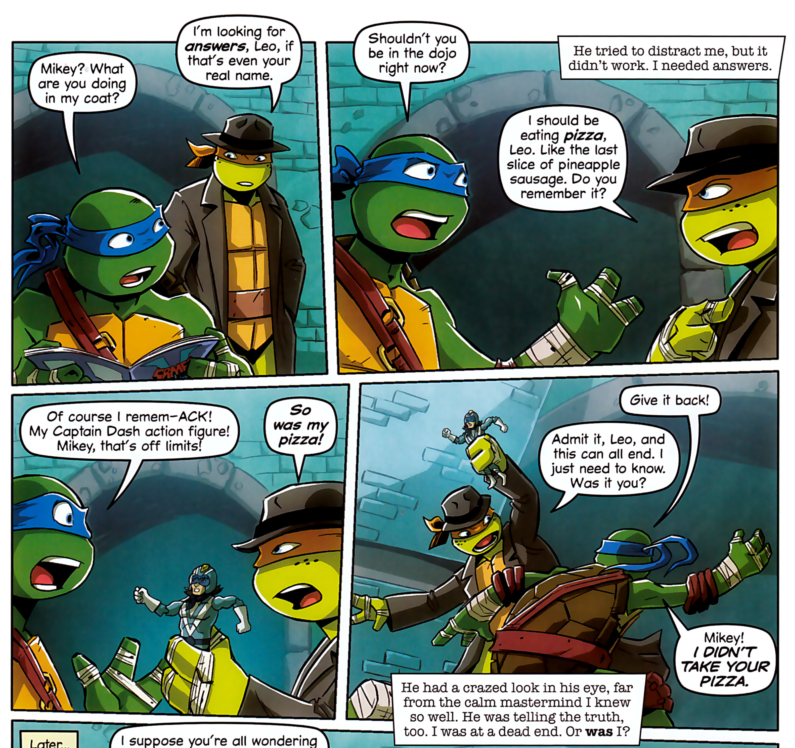 Finally, he decides to get tough.  He threatens bodily harm to Leonardo’s collectible Robo Mecha Force Five Captain Dash action figure if he doesn’t spill the beans.  Leo freaks and Mikey comes to the conclusion that he’s telling the truth.

At last, Mikey calls the whole family into the living room to tell them he’s cracked the case.  Through process of elimination, he has determined that SPLINTER stole the pizza! Master Splinter has a better idea and tells Mikey to inspect his back.  Mikey finds the slice stuck to his shell, having rolled over on it in his sleep.  Much to the disgust of his brothers, Mikey eats the revolting thing.

*This story is continued from “Competitive Edge”.  The story continues in TMNT Magazine (Panini) #23.

Sort of a corny script, but I kinda like these silly detective noir parodies.  It’s been done to death, but the situation can be pretty fun.  “The Maltese Hamster” was one of David Wise’s best episodes of the Fred Wolf cartoon, after all.

Burnham paces the story out well and it actually fits the short-strip length perfectly; it doesn’t feel lacking for want of page space.  I think if I liked any element the best, it’s that Burnham remembered that Nickelodeon Leo is supposed to be a huge dork who likes sci-fi cartoons.  The actual Nickelodeon series has pretty much forgotten about that element of characterization in favor of the typical dull-as-dishwater Leonardo, so it’s nice that the comic writers are keeping it alive.

Other than that… Yeah.  Pretty good.

Grade: C (as in, “Come to think of it, detective noir parodies are sort of a TMNT cliché at this point, what with ‘Casey Jones – Private Eye’, ‘The Unmentionables’ and the aforementioned ‘Maltese Hamster’ just to name a few…”)