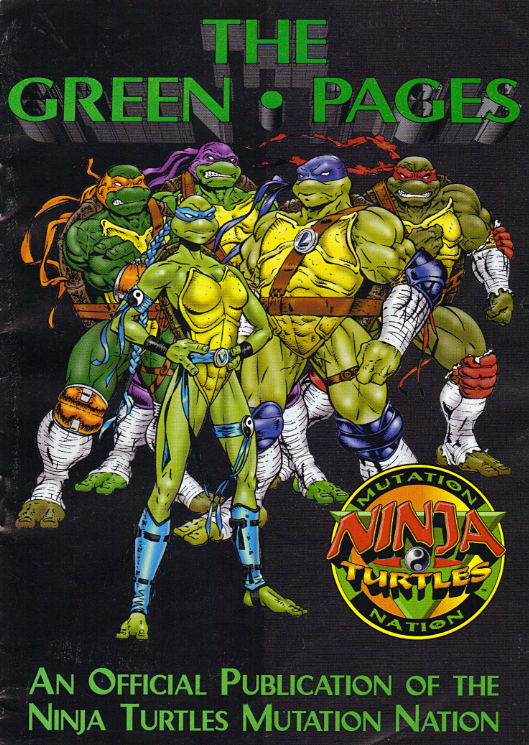 The Green Pages was a promotional item for the Ninja Turtles: The Next Mutation TV series.

*The Mutation Nation fanclub kit also included a membership card, rub-on tattoos, a bandana, a banner, and the ultimate relic of the late ‘90s: a phone card (good for 5 free minutes).

I think this is the first Next Mutation anything I’ve reviewed here at TMNT Entity.  And it may be the LAST Next Mutation anything I review here.  The notoriously bad series came and went in less than a year, so very little literature was ever published for the franchise.  No comics to speak of; just this dinky little guide book you could only get by joining the fanclub (and how many kids in ’97 did THAT?).

Somehow, that catchphrase never caught on.

The background info makes the show sound considerably darker than it turned out, really hyping the fact that the Turtles are now “almost 18” and have grown up.  I guess something changed between when this booklet was written and the show was filmed, because Next Mutation was excruciatingly childish.  The booklet makes no mention of the gorilla mob boss or the neverending stream of circus clown sound effects that drowned out all other audio. Being the new character to promote, Venus De Milo gets her own 2-page spread, detailing her origins and powers.  Again, prioritizing the supposedly darker tone of Next Mutation, the origin constantly refers to Chung I’s tragic death, never shying away from those troubling words “death” and “died” that American BS&P censors hate so much.  I mean, I know he died in the show and all, but the way it’s phrased makes this sound like something out of The Godfather.

There’s a weird notation in parenthesis, imbedded in the fifth paragraph that makes it clear under no uncertain terms that Venus is neither a sister nor cousin to the Turtles and is in no way a blood relative.  I have a feeling these bios might have been plucked from the actual production bible for the show, as the note is so awkwardly crammed in there, it seems like more of a heads-up for writers than an organic part of a bio meant for mass consumption.

The trivia game is, and I’m not shitting you, pretty hardcore TMNT geek stuff.  The questions are mostly themed around the original Mirage series, quizzing readers on what graphic comic book inspired the cover to TMNT #1 (Ronin), what superhero was cleverly worked into their origin (Daredevil) and what color their bandanas were (red).  It even asks you to name print runs down to the precise digit or even how many pages were in a certain issue.

It’s a pretty insane thing to quiz 7 year-olds on, which again makes me think these early Next Mutation promotions were geared at older kids or teens.  Man, I wonder how they reacted when they actually watched the show?

Lastly, the back cover includes probably the most embarrassing photograph of Kevin Eastman ever taken: 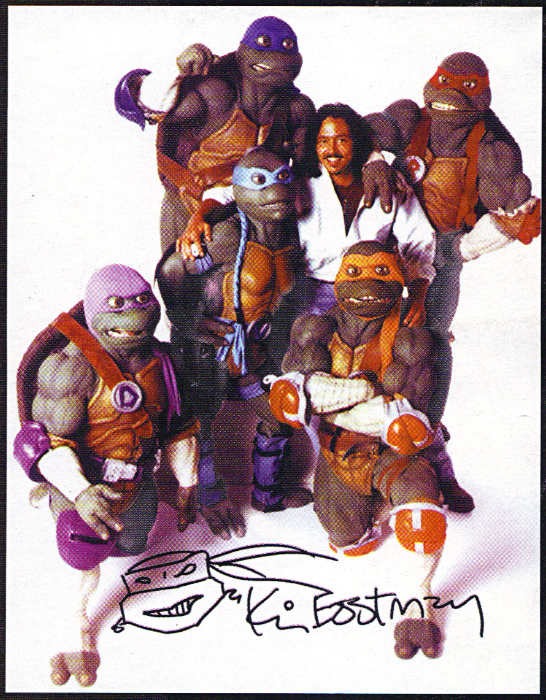 You’ll notice Laird is nowhere to be seen, probably because he condemned the production of the Next Mutation and wanted nothing to do with it.  But just to show I’m not picking exclusively on Eastman, here’s a ridiculous photo of Laird on a Segway in the mid-2000s: 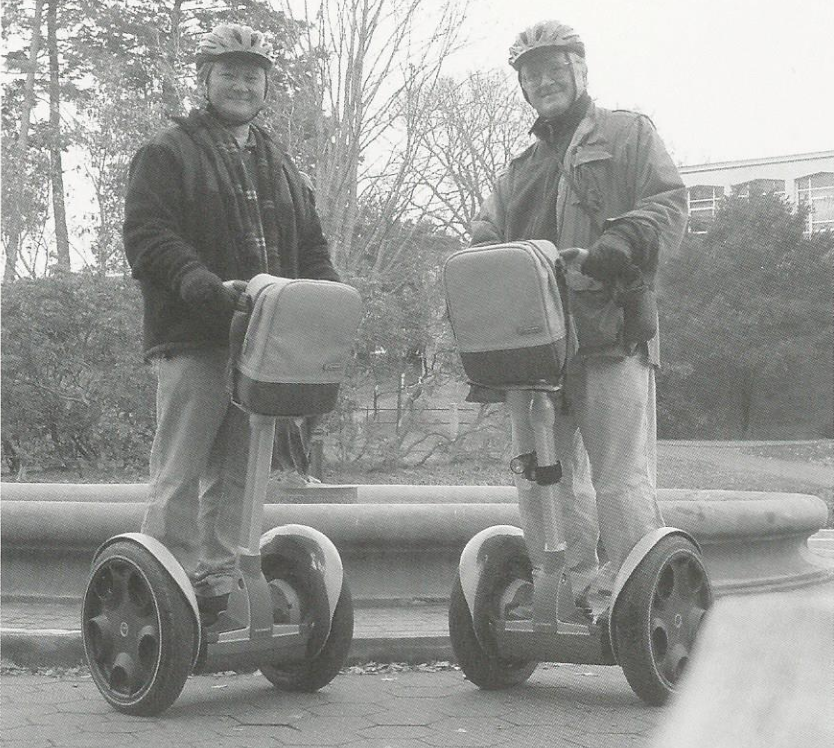 The Next Mutation wound up being a catastrophic blunder, as we all know, and spelled the end of Kevin Eastman’s involvement with the brand for over a decade.  He’d sell his creative control to Laird shortly after this, and his entire stake in the franchise shortly after that.  Luckily, Eastman came back in 2011 to work on the IDW comic, and it’s really freakin’ good.  But for about 13 years, though, THIS was Eastman’s last word on the Ninja Turtles.  Yikes.