Twas the Fight before Christmas 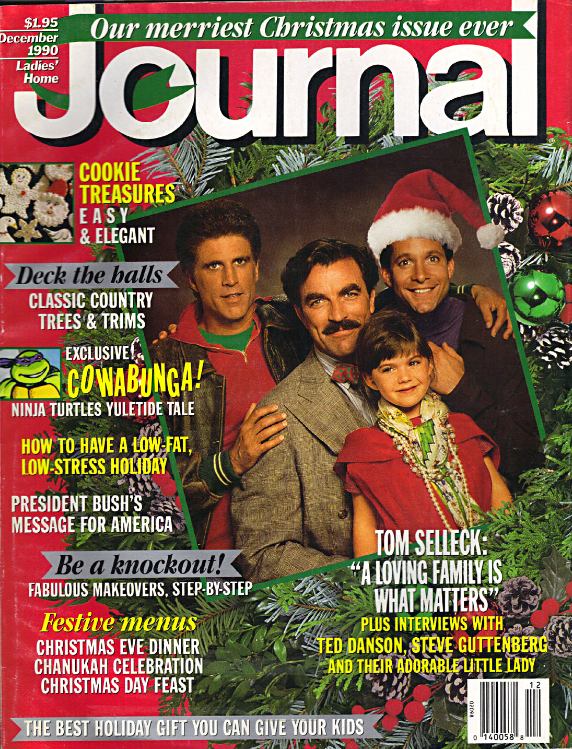 “Twas the Fight before Christmas”

It’s Christmas Eve and a little girl on her way home from gift shopping is in trouble.  A gang of hoodlums swipe her presents and leave her with nothing to take to her family.  Raphael watches all this from a basement window and decides to rush back to the lair to get the other Turtles.

In the lair, Michelangelo and Splinter are preparing the Christmas pizza, while Donatello, Leonardo and April trim the tree.  Raph arrives, tells everyone what happened and the Turtles head out to get the little girl’s presents back. 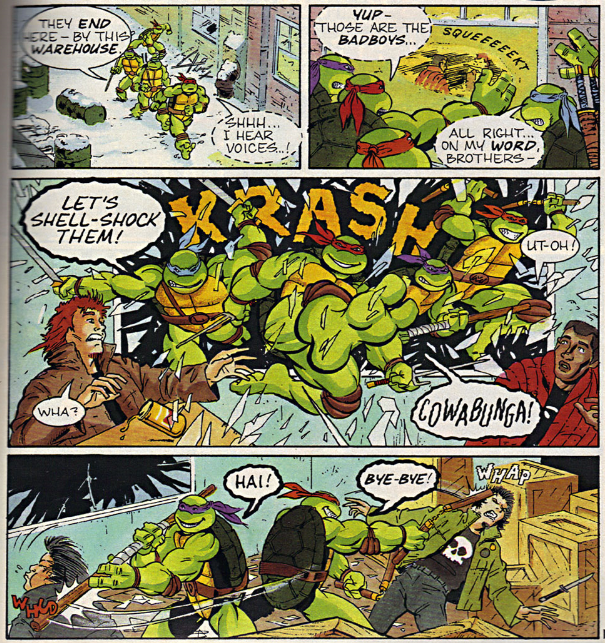 Returning to the alley, they find footprints in the snow and follow them to the gang’s hideout.  They burst in through the window and beat everyone up, only to discover that the gang has been busy.  They’ve robbed hundreds of people of their toys!  Wondering how they’re going to get all these toys back to the kids who they belong to, Raph comes up with a plan… 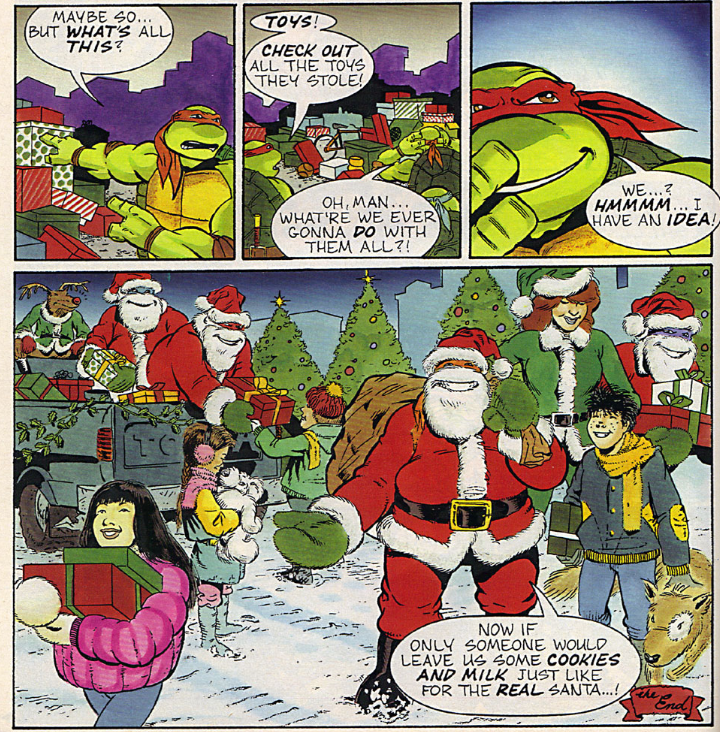 Later, the Turtles (dressed as Santas), April (dressed as an elf) and Splinter (dressed as a reindeer) drive through the city, handing out the presents to all the kids in town (including the little girl).

*This is basically a condensed adaptation of Michelangelo (microseries) #1.

*Special thanks to Go Green Machine for making this comic available!

Magazines like Ladies’ Home Journal and Woman’s Day used to have the same gimmick around Christmas time.  They’d include short comics based on popular children’s characters as something for mothers to share with their kids.  Here’s a similar one Woman's Day did for Transformers back in ’85.

So maybe that’ll give you a little context as to why this 4-page short that would have been more at home in Welsh’s TMNT Magazine wound up in a periodical for middle-aged women.

The story is essentially a condensed retelling of the Michelangelo micro, albeit with the focus on Raph.  There isn’t a whole lot of story to the thing, but it boasts some nice Michael Dooney art and that’s always a pleasure.

Other than that, it’s just one more of the weird odds and ends of the TMNT that found its way into the most unexpected places.  If you weren’t there to enjoy it, this ought to illustrate just how far a reach Turtlemania had back in the day.  There really wasn’t any place the Ninja Turtles DIDN’T show up.