Worked the Ninjaink booth at Bell County Comic Con this past weekend in Temple, Texas.  Had a blast!  For a first-year con it was pretty spectacular.  While doing the show, Tim (Ninjaink) and I got to meet someone special:

We've actually done four or five shows that he's been at, but our schedules never aligned so that we could say hi.  But since we were all on the same guest list for this con, the showrunner got us a chance to go behind the booth and introduce ourselves.  He loved the cover we did for TMNT Universe #1 (he sells our variant on his website, so he was already familiar with it).  That was validating! 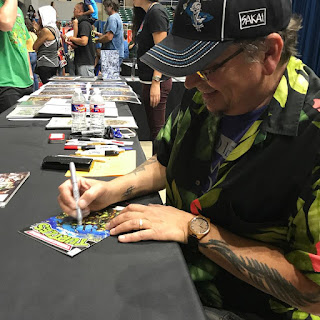 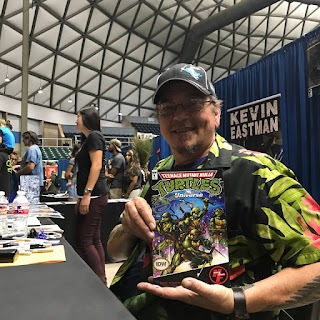 While I was there, I found some odds and ends in the vendor hall that I can review for the site.  Who knew Cracked Magazine had so many issues about the Turtles?  Also finally found a damn copy of the TMNT 100 Project (and for MSRP, too).

Great show, good times and I've got even more ammo for the site.