This one's qualifying as an Awesome Turtle Picture because 1) I like it, and 2) it was a cool surprise for me.

My buddy Bob went to a comic convention here in Little Rock at the Clear Channel Metroplex (which is decidedly less awesome than the Autobot Metroplex) and met artist Buster Moody.  Moody drew a fancomic I gushed about in the past, so it was an awesome surprise when Bob brought me back a print of the cover art: 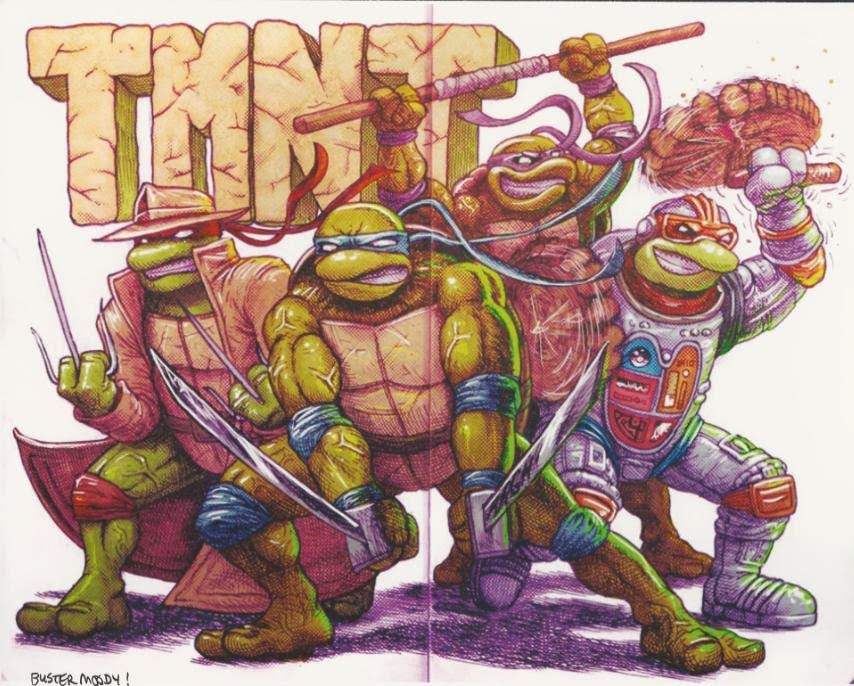 I love how Michelangelo all on his lonesome is inexplicably wearing the "Space Cadet" outfit from the classic Playmates TMNT toyline.  Though wasn't it Raph who had the Space Cadet toy?  Aw, I don't know.  I never owned the variants, back then.

And if you're wondering about the crease in the middle, the piece was originally done in a sketchbook (no, my buddy didn't fold the print in half like some sort of barbarian).