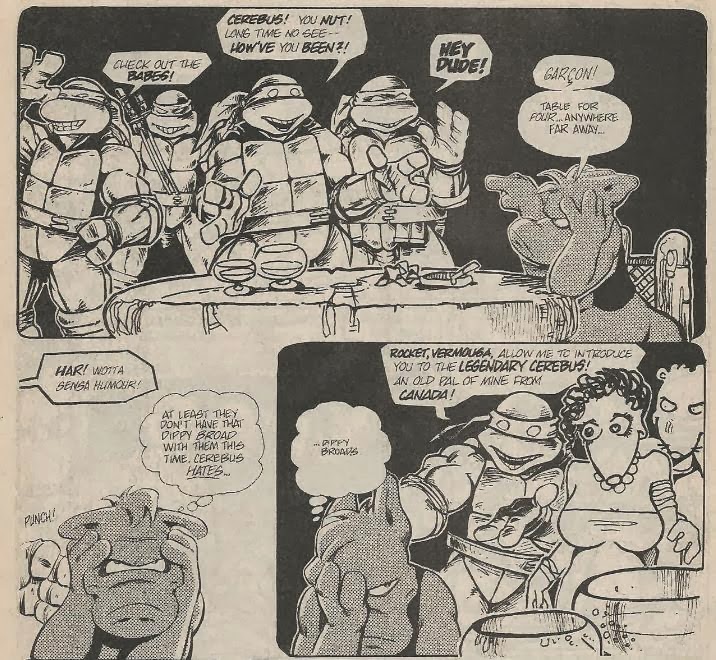 Posted by Mark Pellegrini at 8:48 PM

hi i was just wondering if you have a web sit that i can download these comics i cant find them on the web if you have them at home could you put them in a comic formate and put them on the blog thanks...
Mighty mutanamals 1 - 9
Tmnt adventures special 2 - 11
Tmnt meet the confederation corps
Big bang comics 10 Galahad
Shades of green 2 and 3
Spinal trapped
Team up with cerebus
Casey Jones 1 and 2
Turtle soup v2 #2
Turtle soup v2 #3
TMNT V2 #11#12#13
TALES V2 #56
TALES V2 59
TALES OF THE TMNT V1 TPB 2007
Cereal comics mini #3
Yoshoikas tmnt manga
Super mutant turtles vol 2
Tmnt clasic digest
Tales v2 #52
Tales v2 #35
Tales v2 #55
meet the confetorashon corps mini 3
Casey and raph
The authorized traning manule 1-6

thank you i hope you can help me out thanks again

hey amy i woud love to get a download link to all thoes two. I have a way you can get the mini cereal comics. Just type into gogal ...tmnt cereal comics cbr and they should come up. Hope it helps !!!

so where do these comics fit in the time line (guest for dream lose ect...)

I included those that are non-contradictory in the Mirage timeline already. Many are parts of other continuities or simply too "goofy" to work with the Mirage series.

In the case of Quest for Dream Lost #1, Laird specifically said in an issue of TMNT (Vol. 4) that it was non-canon.

The continuity designations are in each review under "Turtle Tips".

Equine the Uncivilized #3 and 6 (by GraphXPress)

When will you review Dreamwave? Still mad that got cancelled so soon! Love your blog btw!

I was planning on taking a break from my Mirage reviews soon and try a different universe for a stint (just to break up the monotony).

Dreamwave's only a compact 7 issues, so maybe I'll knock that out. I was considering doing the Flaming Carrot/TMNT miniseries, but man, I'll take any excuse not to read that.

Lol, haven't read that in years, too bad it sucks b/c I've enjoyed other Flaming Carrot comics. How about the issues of FC that turtles appear in? That was decent from what I remember.

I still need to read the TMNT/Panada Khan x-overs. That is, I think, the only x-over I haven't read.

@Eric, there was never a comic crossover between the Turtles and Panda Khan (though Leo and Panda Khan both appear on the cover to Equine the Uncivilized #6).

yea that is the one heard of, guess it isn't that interesting after all.

Here's a UK TMNT (or TMHT) comic written by Neil Gaiman for the Comic Relief charity.

There were a total of 84 issues of Fleetway's Hero Turtles, but most were reprinted Archie material. Division's TMNT comic had 56 issues, most in fact being original stories, including a profile book for their original characters. Fleetway also had four poster mags and two holiday specials. Just to let you know.

Also, are you covering the TMNT newspaper strip?

Any chane of covering the web comic Tales from the Turtle Lair (http://turtlepedia.wikia.com/wiki/Tales_from_the_Turtle_Lair)?

Maybe you could create a Foreign Comics index, and put all the Fleetway comics there along with all other non-USA TMNT-related comics.